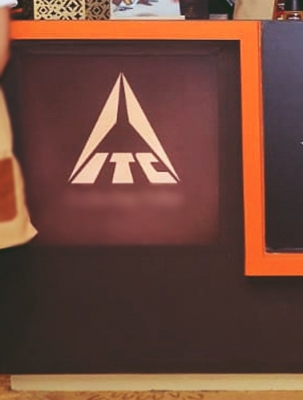 ITC Limited’s Sankhya in Bengaluru has become the world’s first data centre to be certified as LEED Zero Carbon.

The facility has been awarded the certification by the US Green Building Council (USGBC), which recognises net zero carbon emission from a building over a period of 12 months. The certification is valid for three years, with the requirement of net zero report to be submitted every year.

ITC Sankhya has earned this global distinction six years after being certified as the world’s first LEED Platinum data centre by USGBC. It is a recognition towards its efforts to save 25 per cent-30 per cent energy, as compared to any other data centre, as well as reduce overall carbon emissions through reducing travelling of the employees and other measures.

The USGBC recognition is based on a comprehensive calculation that accounts for net zero carbon emission after deducting CO2 emission avoided / offset from CO2 emitted through electricity/fuel consumption and transportation.

ITCs large-scale efforts in decarbonisation will make a meaningful contribution to Prime Minister Narendra Modi’s vision of India transitioning to a net zero economy by 2070.

Commenting on the centre’s exemplary achievement, B Sumant, Executive Director, ITC Limited said, “ITC has been strengthening its contribution to climate positive, sustainable and inclusive growth. As part of our accelerated decarbonisation efforts, we have spearheaded multi-dimensional interventions to lower our carbon footprint including expanding our renewable energy and green buildings portfolio. The Company has been carbon positive for over 17 years.

“We take pride that the ITC Sankhya is today an icon of environmental stewardship. We embarked on this mission of transforming the data centre into a LEED Zero Carbon building in 2016. Towards this, focussed initiatives were implemented including re-engineering the facility’s design, introducing efficient cooling systems, sensor-based lighting, establishing an active Building Management System, energy-efficient power backup systems, an intelligent network cabling system, etc. All of this contributed to optimizing energy consumption.”

Effective and vigilant operation and maintenance of the unit with SOPs and KPIs aimed at improving the energy performance of the building further as compared with the designed parameters kept pushing the conservation bar higher. Additionally, the power required for the unit was fully fed through wheeling of renewable energy sources.

ITC’s flagship hotel properties including ITC Grand Chola (Chennai), ITC Gardenia, ITC Windsor and Welcomhotel Bengaluru, Welcomhotel Chennai, Welcomhotel Coimbatore, Welcomhotel Guntur and ITC Mughal (Agra) are the first 8 hotels in the world to receive the LEED Zero Carbon certification. In yet another remarkable feat, ITC Hotels and Welcomhotels have achieved, much ahead of time, the 2030 carbon emission targets envisaged in the COP21 Paris agreement.

As many as 40 ITC properties including offices, manufacturing units, hotels, residential complexes and the data centre are LEED Platinum rated green buildings. Around 42 per cent of its energy requirements are met from renewable sources.