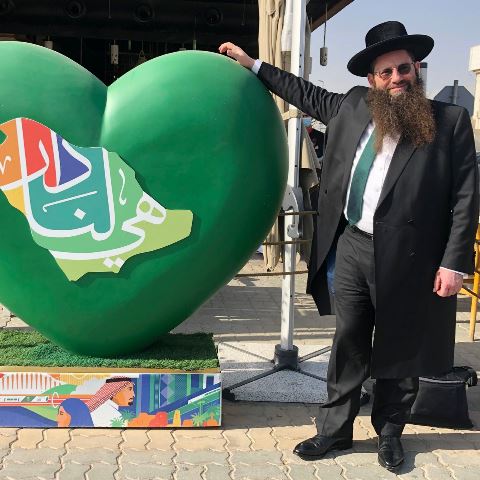 Rabbi Jacob Herzog, a dual US-Israeli national, wants to establish a string of Jewish community centres across the Kingdom of Saudi Arabia. The centres would aim to provide services to Jews coming to the kingdom and increase Jewish activities in the country.

He visited Saudi Arabia, met people on the streets of the country’s capital, Riyadh and assessed their openness towards the Jewish faith.

He said that as an Orthodox Jewish American he feels right at home in the Arab kingdom.

He says he wants to settle down in the country permanently. In his opinion, it is one of the safest countries in the world.

“They are adopting many more modern concepts over the years, but with that being said they also are protecting and cherishing their heritage and rich history,” the rabbi said while speaking to i24NEWS.

There is no native Jewish community in the kingdom but a substantial number of Jews have been coming to the country for tourism or business.

Last year, Bahrain and the United Arab Emirates had announced normalisation of their diplomatic ties with Israel. Various reports suggest that attempts are underway to normalise Israel’s relations with Saudi Arabia too.

nextAPNA, a Jharkhand based NGO raises awareness on RTE Act