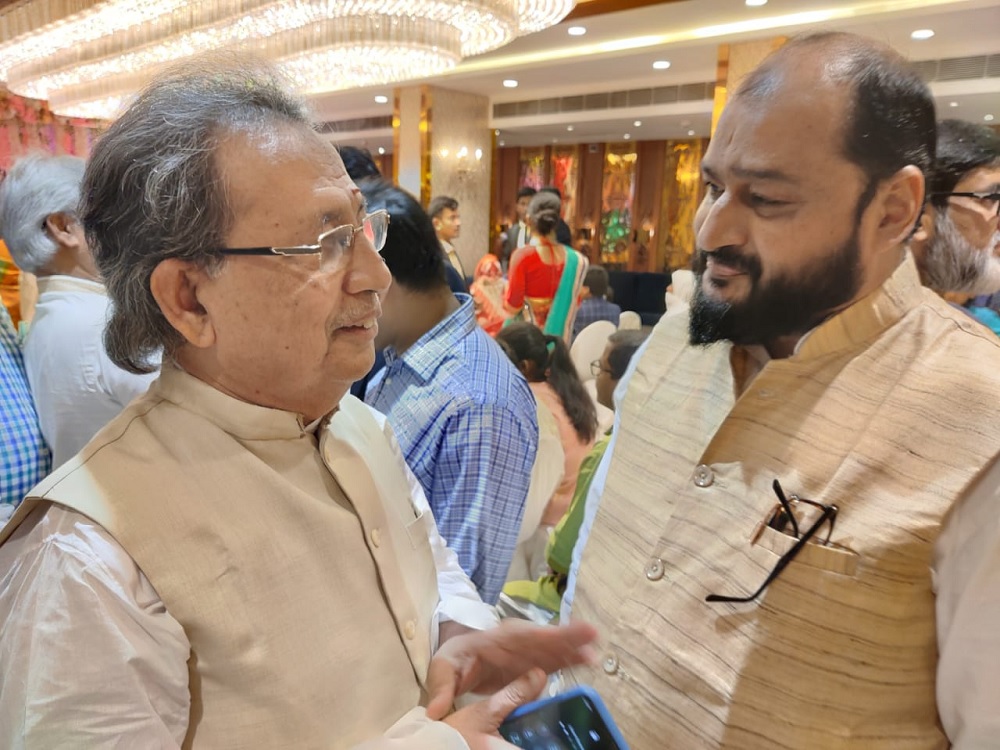 The otherwise poor and rudderless Muslim community in West Bengal is awakened now and raring to succeed thanks to the Howrah-based Al Ameen Mission, anchoring an educational renaissance in the state. Danish Reyaz speaks to its Founder-General Secretary M.Nurul Islam about Mission’s journey, vision, and impact on Bengali Muslims.

Al-Ameen Mission has strived to educate the community from its very beginning, how far has it been successful in this mission?

Al-Ameen Mission began its journey in 1986. When it started its journey with only eleven students in a remote village, the overall education scenario of the Muslim community in West Bengal was quite dismal. There were various reasons- historical, social and economic as well. We realised that we should strive to educate the community, as you rightly mentioned, for the betterment of it. Frankly speaking, with the grace of Allah, we have been successful in this endeavour. There were many ups and downs in our journey. But we had never stopped. So far, we could say we are successful in our mission. We have scores of doctors, engineers, professors, teachers, civil servants, entrepreneurs. Our boys and girls are working throughout the country and have also established themselves abroad. I can say in a nutshell that we have infused new blood in an otherwise moribund society, which had seen for more than three decades post independence.

West Bengal is considered to be a backward area from the time of independence, but the backwardness of Muslims has increased further, what are the reasons for this?

The reasons are not difficult to find out, you know. We have to bear in mind that India was partitioned during independence of the country back in 1947. Muslims, not all, of course, went to East Pakistan during that period. The problem was that the intelligentsia went away as the fallout of partition. Those who remained here were confined mainly in the rural areas. Most of them were small farmers. Many went for blue collar jobs. Lack of education made the whole community to remain stagnant. What we did was to plant a seed of education which has eventually turned into a gigantic tree.

Al-Ameen Mission has educated thousands of children, how it has been successful in making an impact?

As I have already mentioned, we have gradually been able to turn the table. When we started our journey 35 years ago, the percentage of Muslim students in Medical as well as in Engineering was only 2% or 3%. But due to our endeavour mainly that percentage has risen to 20 to 30%. It has imbibed confidence. Boys and girls mostly from backward areas and lowest strata of the society are now dreaming to becoming doctors, engineers, civil servants, scientists, teachers, professors and some have even ventured into being entrepreneurs. Obviously, a silent revolution is taking place.

Al-Ameen Mission is establishing a new campus in New Town, how it realized the need for this?

Yes, a project is under construction in the New Town. We have a 2 acre of land there. It will be called Al-Ameen Mission Institute for Education Research and Training. It would provide residential coaching for Civil Services, NEET (UG & PG), JEE-IIT and IIM aspirants. It will also cater training to teachers and administrative staffs of various academic institutions. The Research scholars would be provided accommodation and research facilities under one roof.

What is the future plan of Al-Ameen Mission?

Our work on the education sector would continue. But we are also venturing into health sector in a big way.

Does Al-Ameen Mission have a plan for entrepreneurship development?

Al-Ameen Mission has become an embodiment of social entrepreneurship. We’re a family of 20 thousand members- 17 thousand resident students and three thousand teachers and non teaching staff. Churning out resources- financial, human as well as intellectual- from within a backward society, a new awakening is taking place slowly, steering it towards a livelier and better society. An educated, middle class society is fast emerging; thousands of people getting employed. Please remember, this gigantic activism is taking place not through a family or solo enterprise but through social entrepreneurship. There is no foreign funding; government help is also negligible, so to say. Corporate funding is nil. Fees from students-those who are better off would pay more fees, those who can’t provide much would pay nominal fees, and those from poor families would pay half the fees- plus Zakat and donation from a wide array of persons from all walks of the society has been instrumental for Al-Ameen Mission to flourish.

Any type of entrepreneurship involves risks and problems; hurdles and hostilities. But good intention and faith in Allah would turn all these negativities into Allah’s mercy and blessings. We have literally perceived this throughout our journey.

Our Prophet Mohammad (SAW) was himself a successful entrepreneur. Naturally, for us, business enterprise, by all means, is a Sunnah. For a society or for that matter a country to prosper, the role of an entrepreneur is vitally important. Therefore, we are encouraging students to become entrepreneurs besides other employment opportunities.