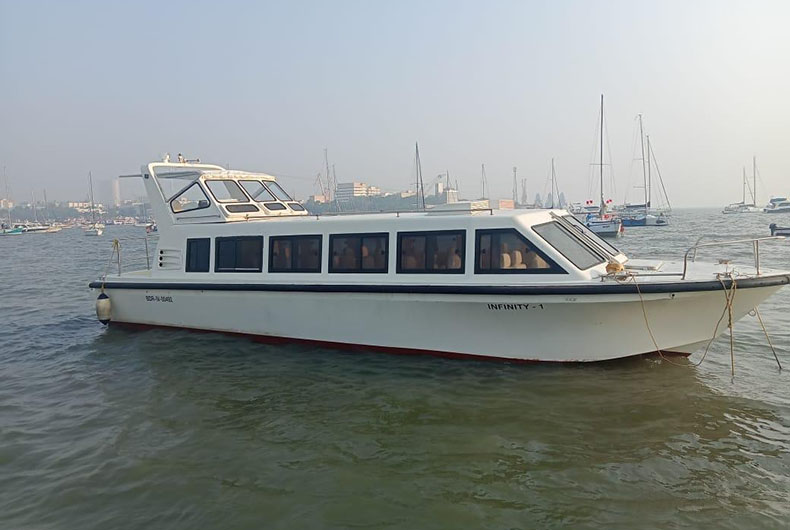 Mumbai: The long-awaited water taxi services linking Mumbai’s east coast with the mainland in Navi Mumbai and other locations — the first of its kind in India — was inaugurated on Thursday by Chief Minister Uddhav Thackeray in the presence of Union Shipping Minister Sarbananda Sonowal.

Expressing gratitude to the Centre for prioritising the country’s first water taxi here, Thackeray said that it will go a long way in improving connectivity with Mumbai along with the network of roads, flyovers, subways, the upcoming Mumbai Trans Harbour Link and other mega-infrastructure projects.

“The country’s first railway service was started by the British between Mumbai and Thane before it quickly spread all over India. The city always sets a trend that is emulated by the rest of the country, after Chhatrapati Shivaji Maharaj ruled over the seas,” said Thackeray.

The water taxi service will not only benefit the people in travelling quickly — from the present 90-100 minutes by road to 40-45 minutes by the sea — but also give a fillip to tourist places like Elephanta Island, Kanhoji Angre Isle and other places on the mainland in the Konkan, besides spurring the local economy as more routes will be added in the near future.

It would also give an option to the commuters coming to Mumbai from different parts of the Mumbai Metropolitan Region and help ease of commuting in and around the country’s commercial capital, he said.

Sonowal said that besides the water taxi and Belapur Jetty, the Centre is making efforts to develop various infrastructure projects in all coastal areas of the country under the Sagarmala Project.

“We are making efforts to provide better services to the people in the coasts, accelerate the cycle of economic development, generate employment, ease congestion on roads, etc. We plan to have more jetties in the Mumbai harbour area and depending on the public response, another jetty will be constructed here,” Sonowal said.

The Union Minister said that under the Sagarmala initiative, 131 projects worth Rs 1.05 lakh crore are earmarked for Maharashtra with financial assistance of Rs 278 crore to 46 projects since the state has huge potential for urban water transportation in Palghar, Thane, Mumbai, Raigad, Ratnagiri and Sindhudurg coastal districts.

As per the officials, the work on Belapur Jetty started in January 2019 and was completed in September 2021 at a cost of Rs 8.37 crore with state and Central funds.

It has a huge parking area and presently three water taxi routes have been finalised linking the Domestic Cruise Terminal in South Mumbai with Belapur and JNPT on the mainland in Navi Mumbai, plus the Elephanta Caves.

Four operators would run speed-boats as water taxis with a capacity of 10-30 passengers and catamarans that can ferry 56 passengers for mass transport, with provision for monthly passes for the regulars.

Deputy CM Pawar, Shinde and Shaikh also spoke on the benefits and cost-effectiveness of water transport compared to other modes besides being eco-friendly and low on investments, considering Mumbai’s strategic location vis-a-vis the mainland.

One of the operators said that the water taxis shall be available for up to 330 days in a year — barring the five-six weeks of the peak monsoon season — to zip commuters to and fro the east coast of Mumbai and the mainland or the two isles.