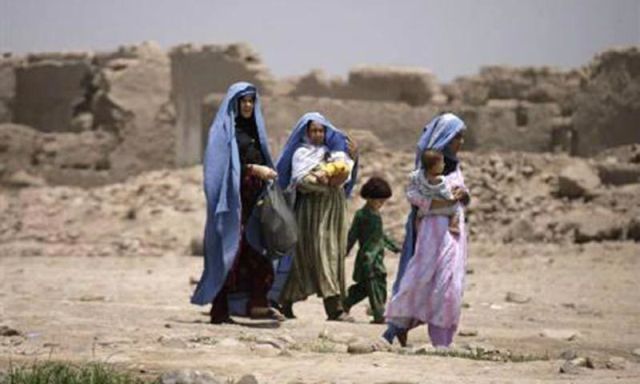 Amid divided viewpoints on the Taliban takeover, India’s Afghan policy could impact its bilateral alliances in the Middle East

In the aftermath of the messy evacuation of US forces from Afghanistan and dethroning of an elected government by the Taliban, India has undergone a diplomatic row while its relations have been already soured with China and Pakistan.

New Delhi has invested heavily in Afghanistan to get the US and its allies’ support amid the disputes with neighboring countries specifically to combat the ambitions of China and its massive infrastructure investment in the region.

This chaotic withdrawal will eventually damage US credibility worldwide, chiefly in another conflict zone, the Middle East, where its troops are on the ground and which receives a large share of its arms exports. Subsequent developments after the Afghanistan fiasco could also affect India’s ties in the Middle East, a region where it has major commercial interests and is a source of petroleum imports.

At the outset of the Taliban takeover, Middle Eastern countries expressed a mixed response. India’s key trade partners Saudi Arabia and the United Arab Emirates, which were among only three countries that recognized the previous Taliban regime during 1996-2001, opted for a “wait and watch” policy.

Qatar, by hosting a Taliban political office in Doha, emerged as the main troubleshooter to break the logjam in the discussions of the peace agreement and finalizing the deal for the US withdrawal.

Turkey and Iran have close relations with the Taliban, so they were on the list of only six countries that had been invited for the ceremony marking the formation of the new Afghan government, although this has not happened.

New Delhi has moderate relations with Qatar but its commercial ties already have been strained with Iran and Turkey by political differences, deteriorating mainly after India blocked the import of crude oil from Iran under US pressure.

Israel, a key defense ally, and the Taliban can hardly hold diplomatic ties in the future as the Taliban spokesman has affirmed that their government is not willing to make an alliance with Israel.

Moreover, the US after the Afghanistan experience may consider minimizing its military interference in the Middle East, reflected with the changed behavior toward Saudi Arabia by pulling out the missile defense system, unveiling declassified FBI documents on Riyadh’s connections to the attacks of September 11, 2001, and postponing a visit by US Defense Secretary Lloyd Austin.

Such diplomatic transitions will create a vacuum that will provide opportunities to China, Iran and Turkey, which will ultimately trivialize India’s commercial interests in the region.

Amid such divided viewpoints, India’s Afghan policy could definitively impact its bilateral alliances in the Middle East.

New Delhi has two options: recognizing the Taliban interim government and continuing an aggressive approach against the Taliban as an extremist group. The first option could worsen its relations with Israel and other countries that signed the Abraham Accords, whereas the second could further strain ties with Turkey and Iran, and also with Qatar to some extent.

India has so far maintained a distance from the Taliban except for a meeting in Qatar about the safe evacuation of its nationals. However, India has discussed its concern about rising anti-India activities in Afghanistan with prominent Gulf allies Saudi Arabia, the UAE and Bahrain, and also with Qatar.

The demise of the Ashraf Ghani government is a huge commercial setback for India, which has invested in around 500 projects in Afghanistan including the Salma Dam and the parliament building. Of total bilateral aid, India has the highest share, at around 63% of total disbursement in Afghanistan.

To protect its interests, India must actively engage with all stakeholders without bowing to any external pressure. The Middle East has enormous commercial potential where India needs to make a comprehensive outreach without depending on relations with other countries.

By partnering with Gulf allies that also expect the Taliban regime could pose ideological challenges for them, India can deal with the diplomatic crisis. To safeguard commercial benefits, India can directly involve the Taliban while their arch-rivals are neutralizing their relations with the new interim government, even extending the financial aid for the recovery of Afghanistan.

India must respond positively to the call of senior Taliban leader Sher Mohammad Abbas Stanekzai who said their regime intends to continue the commercial and political relations with India as they were during the Ghani government.

Shafeeq Rahman is a New Delhi-based researcher, this column first appeared in Asia Times on 21, 2021.

previousP. M. Parlewar takes over as Director, MSME for Maharashtra

nextModi's US visit: It will be more substance, less optics