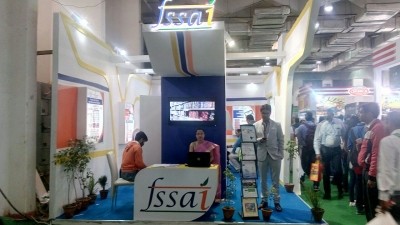 The representative body has claimed that FOPNL will lead to ethnic Indian foods being classified as unhealthy; cause severe loss of business to MSME packaged food manufacturers and sellers; and open the floodgates for western packaged food to capture the Indian markets.

The proposed regulation will also make Indian cuisine fall prey to design of MNC’s and will be a big setback to the Prime Minister’s vision of an Atmanirbhar Bharat and Make in India.

Under FOPNL, packaged items will be given star ratings like ‘one-star food’, ‘two-star food’, and therefore ‘good-food’, ‘not-good food’, based on their salt, sugar and fat content.

The food processing industry has given birth to several local and regional manufacturers of packaged food items which include snacks like bhujiya, dhokla and murukku; sweets like gulab jamun, ras malai and barfi or soft beverages likes nimbu panni, lassi etc.

These emerging manufacturers are making their livelihood by selling naturally made food items in packaged form and retailing them through the available sales channels. Since, traditional Indian cuisine make use of salt, sugar, and fat, for various scientific and customary reasons, these items will ostensibly be marked �unhealthy’ under the proposed mathematical calculation and expression of star rating system, leading to consumers rejecting them.

Makers of traditional Indian food items use time tested recipes passed on from generation to generation. They have established themselves and earned their regional prowess in taste and healthy options for the consumers over centuries.

Therefore, abrupt introduction of impractical and unrealistic FOPNL regulation will cut off the supply of such products for the Indian Sellers across the length and breadth of the country who rely on these products to survive amidst the growing big retail in the country. Instead, multinational food companies with global reach use substitutes & chemicals to penetrate consumer market across the globe. They leverage the global knowledge and competencies to easily modify the nutrient composition of their food products in order to secure a better health star rating.

For example, even though a food item called rice crispy cereal has lots of sugar, it can be made to improve its star rating by the process of reconstitution and adding ingredients like nuts, artificial vitamins and minerals. In comparison, traditional Indian products like poha, upma, khakda manufactured by local Indian manufacturers will not be able to change the constitution, as it will change their taste completely.

Terming FONPL a blunder, Dhairyashil Patil, President of the All India Consumer Products Distributors Federation (AICPDF), said: “Large distributors and big retail who are thriving through collaborations with MNC and large food companies will continue to sell the reconstituted, western packaged foods in India, as adoption of FONPL will go on to destroy the market for traditional Indian packaged foods.

“However, the millions of small, independent sellers who largely depend on MSME manufacturers and packaged traditional Indian snacks to earn their livelihoods, will have no recourse, thereby threatening their very survival.

“Disrupting the food industry will also have a negative impact on our farmers and poor unskilled retailers hugely impacting their livelihoods. This will completely disrupt the Indian market for food products.”

India is a vast country and traditional foods play an important role in meeting nutritional requirements based on the climatic conditions and the genetic composition of people.

Malnutrition is a bigger challenge for India and there is a need to expand traditional healthy diets for a healthy India. Moreover, as per World Obesity Report, India ranks at 187 of the total 200 countries, which is far below the countries where such kind of systems were planned to be adopted and yet have been kept voluntary till date.

Thus, the proposed regulation is to deprive Indians of the health benefits they derive from the Indian cuisine and a plan to shift the younger generation towards consumption of western food by modifying their taste buds.

Elaborating on the issue, Shriram Baxi, General Secretary, Federation of All India Distributors Association (FAIDA) and Federation of Gujarat FMCG Distributors Associations (FGDA), said: “India is a very diverse country having a variety of local cuisines and recipes relevant to local climatic condition and it will be disastrous to judge them by a uniform rating system such as Health Star Rating (HSR). There are rituals, tradition and local tastes associated with Indian food which need to be respected.

“If FOPNL is adopted, traditional Indian food products like dhokla, papad, gulab jamun, barfi, achar and chutney prepared with salt, fat and sugar contents for specific purposes like preservation and texture will also get discredited. Regulators are ignoring that these products are being consumed in India as adjuvants in small portion sizes.

“As India is producing enough local food, the current law is an overreach. FOPL type of rating system should exempt Indian foods completely. We only need to rate imported packaged food items whose ingredients and quality is hugely suspect.”

Indian Sellers Collective believes that Western Countries are eyeing Indian market, which aims to become a $10 trillion consumption economy by 2030.

As India’s food processing industry is touching new heights, western packaged food companies are trying hard to capture the Indian market by introducing these stringent, impractical and biased regulations. These companies are trying to change the taste buds of India’s younger generation and sell western cuisine. These MNC’s can easily change the formula for processed foods, and sell modified made food items, which will be low on sugar, fat and salt content, but harmful if consumed on a long-term basis.

Highlighting the hidden agenda behind the introduction of FOPNL, Abhay Raj Mishra, Member & National Coordinator, Indian Sellers Collective, said: “The proposed FOPNL guidelines in their current form will classify more than 85% of Indian traditional food and snacks unhealthy. The proposed star ratings method is a copy and paste of voluntary guidelines issued in the western countries and not based on any scientific nutritional study of Indian foods. It is a known fact that western processed foods are made to appear healthy through reconstitution and fortification with synthetic vitamins and additives, to achieve desired ratings.

“After learning the hard way, western world is now reverting to fresh food forcing multi-nationals to turn to large consumption markets like India to push their packaged foods. FOPNL guidelines is purely a western agenda, aimed at changing the Indian food palate by creating fear against traditional Indian foods. This is an attack against our culture and traditional Indian cuisine and Indians need to oppose this hidden agenda vehemently.”

The draft notification by FSSAI also provides list of solid foods/liquid foods which will be exempted from FOPNL. The exemption list disregards Indian origin food product categories as detailed above and instead pushes western products which are high on sugar, salt and fat.

According to a study by FICCI, the Indian food processing industry accounts for 32 per cent of the country’s total food market, one of the largest industries in India and is ranked fifth in terms of production, consumption, export and expected growth.

It contributes around 8.80 and 8.39 per cent of Gross Value Added (GVA) in Manufacturing and Agriculture respectively.

The Indian gourmet food market is currently valued at $1.3 billion and is growing at a Compound Annual Growth Rate (CAGR) of 20 per cent. Majority of processed food market of India is concentrated in Tier II and III towns, and there has been a growth in food parks in these cities. Almost 79 per cent of this market is dominated by MSME players.