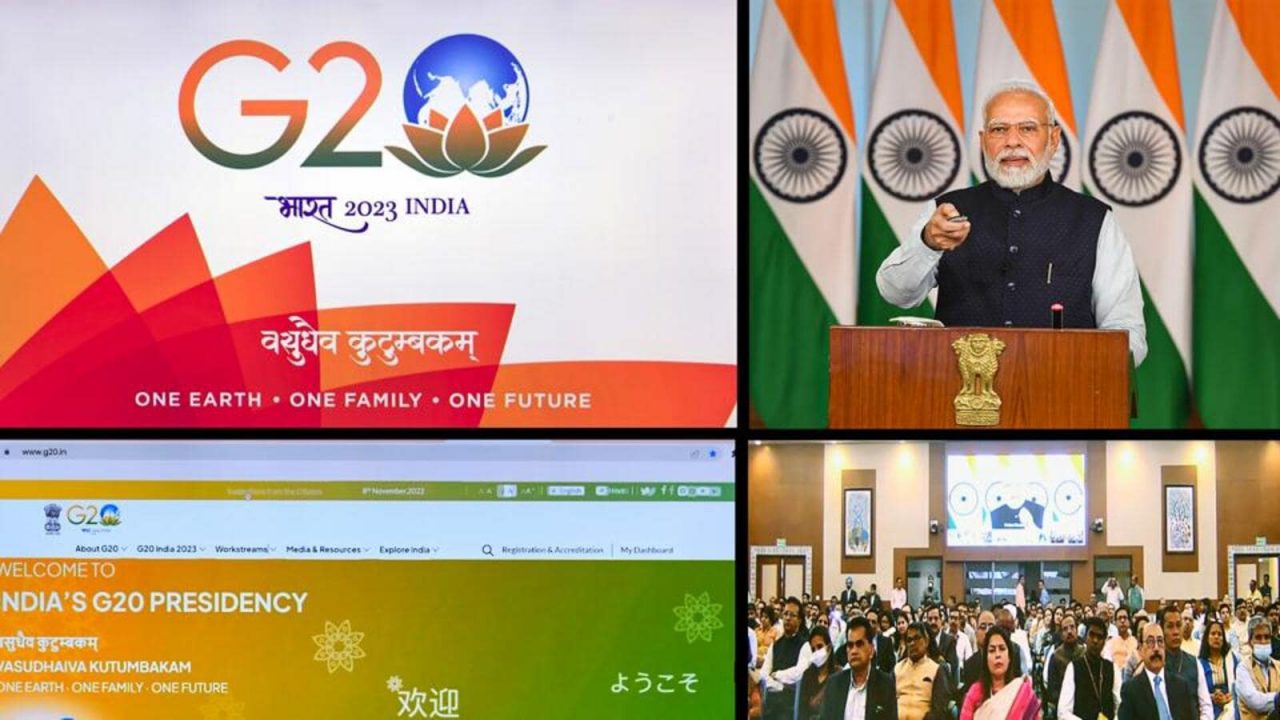 Occupying the Presidency of the G-20 and UNSC offers India a unique chance to leave its legacy and make the voice of the Global South and developing world heard at these two august fora.

By assuming the Presidency of the G-20 and UNSC, for one year and one month respectively, for next one-year India gets a unique opportunity for the country to contribute to the global agenda on pressing issues of international importance.

G-20 is the premier forum for international economic cooperation representing around 85 per cent of the global GDP, over 75 of the worldwide trade, and about two-thirds of the world population. During the G-20 Presidency, to show its resolve to focus on those issues which are dear to it, India will hold about 200 meetings in 32 different sectors in multiple locations across India. The G-20 Summit to be held next year would be one of the highest-profile international gatherings to be hosted by India.

External Affairs Minister S. Jaishankar defining its agenda for G-20 and UNSC has said that New Delhi would like to use the presidency of the group to reflect interests and concerns today of the global south.

As India formally assumed the G-20 presidency PM Modi said he will work to further global good through an inclusive, action-oriented and decisive agenda. In a write-up PM Modi said India could catalyse a fundamental mindset shift to benefit humanity as a whole? “I believe we can,” he wrote.

India looks forward to working on encouraging sustainable lifestyles, depoliticising the global supply of food, fertilisers and medical products among other subjects, the prime minister said.

For imbuing hope in our future generations, India will encourage an honest conversation among the most powerful countries on mitigating risks posed by weapons of mass destruction and enhancing global security, in addition to climate change, terrorism, and pandemics – which could be solved not by fighting each other, but only by acting together he wrote.

Indeed, the issues outlined by the prime minister and the EAM sound impressive, yet the real challenge will be on how to transform these into real achievements over the next one-year. How India could contribute to changing the global stand on various pressing issues, including; controlling inflation, affirmative action on climate change and pandemic threats, besides producing an inclusive governance model.

There is hope that India can make meaningful contributions to the global economy and can help improve the current unstable geopolitical state of affairs during its reign as G-20 president.

The world is staring at a recession following the Covid induced economic downturn and supply chain issues which have been further exacerbated by the Russia-Ukraine conflict, fuelling runaway inflation. Global growth has hit a major roadblock. While the world grew at 6 per cent in 2021, the growth rate is projected to drop to 3.2 per cent in 2022 and will further slip to 2.7 per cent in 2023.

The G-20 declaration, which predominantly echoed Indian ideas, vowed to push for global macro-economic stability by giving nations, particularly disadvantaged ones, a platform to improve their financial resilience.

Indian economists have a better understanding of middle-income and low-income countries. India, with its unique perspective, can help the G-20 achieve its goal of enhancing the financial resilience of these nations.

India’s economic model, which has advocated for open, liberal markets that provide opportunities to even the most vulnerable, has garnered praise from countries and organisations throughout the world.

This is also a historic time for the G-20, which will now be led by a nation that has always placed “dialogue and diplomacy” at the centre of its approach to international relations. India’s diplomatic and economic policies have helped the country achieve significant growth at a time when other economies have failed or are struggling.

The Indian presidency has received support from various quarters, the latest being from the U.S. and France. The American and French presidents in their tweets have declared their support to India’s chair at these two fora.

Thus, India seems to have the has full support of the global powers also, for initiating new thinking on tackling the global issues besides also an opportunity to become the voice of the Global South and help the UN to achieve more on its SDGs. Thus, at the moment the plate seems full for India and we really hope that India will be able to leave its mark both diplomatically and politically on the G-20 by acting in a pragmatic manner to solve the issue facing the global world.

It would be prudent for the Indian leadership to pursue those issues which will have a bearing on the future of the world, like climate change related activities, pursuing net zero, to find ways to establish a modified economic system which considers poor countries much more benignly and also empower the world organisations like the United nations and make sure that it leaves a new apparatus through which voices of the poor could be heard and action taken on them, much more effectively.