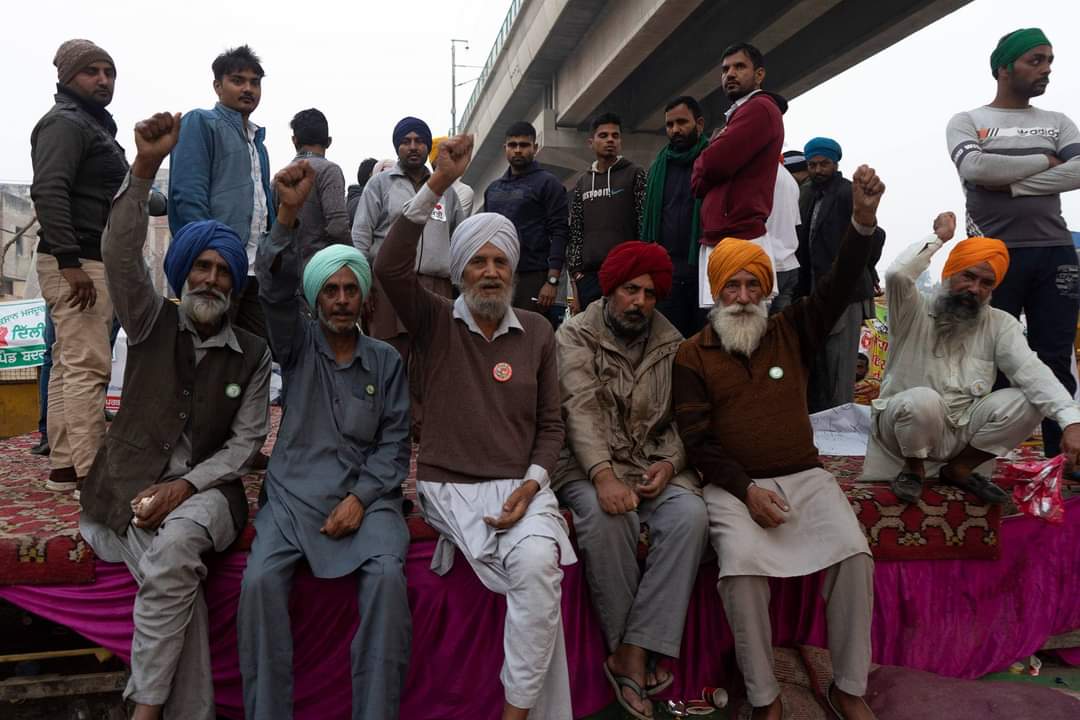 Gurpurb Greetings to all. In a landmark announcement this morning PM Modi announces the repeal of the three draconian Farm Laws.

This is the result of farmers’ tireless struggle. This is a declaration of the victory of the farmers’ protest which in a few days completes a year on Delhi’s borders. The struggle was unprecedented in a country where we are so cynical about political parties, the erosions of systems of the state, even the judiciary. The farmers and labour, old and young, women and men, bore immense assault by the weather, a propaganda machinery by the government.

Personally, as I discovered greater ramifications – IMF and WTO backing, Agristack – in moments of doubt, I looked at the eyes of the elder generation to find my strength.

Finally, they prevailed. A victory has been handed to us, let us accept it in all humility. In this nation’s recent history, the erosion of its systems, this is unprecedented. The message is: any set of people, any group, anyone who feels oppressed by the government needs to stand up to the powers. Each of us can win.

As I type this note, Labour Codes, the Citizenship Amendment Act, the targeting of women, of Dalits, of Adivasis, come to mind. The fact is, in his entire public life, Modi has never taken back a single decision. Now he has done that. May this open doors for many active resistances. This is a turning point and civil society now has a glorious example to seize the opportunity.

We need a million resistances to sustain our nation. May we have the strength to cultivate the solidarities we need to reclaim democracy for the people of the country.

As of now, from PM’s speech, it is clear the laws will be repealed through due democratic process in the Parliament by end of the month. There is mention of Minimum Support Price but not much clarity on it. There are many other issues that affect the agrarian sector that need urgent attention, including fuel price rise, procurement of grains and vegetables – basically 50 years of agrarian neglect in policies. In due course, I sincerely hope, all those issues are addressed.

The Samyukt Kisan Morcha has welcomed this decision and will wait for the announcement to take effect through due parliamentary procedures. SKM also reminds the Prime Minister that the agitation of farmers is not just for the repeal of the three black laws, but also for a statutory guarantee of remunerative prices for all agricultural produce and for all farmers. This important demand of farmers is still pending. So also is the withdrawal of the Electricity Amendment Bill. SKM will take note of all developments, hold its meeting soon and announce further decisions.

Bowing my head to the martyrs of this struggle, may Baba Nanak’s blessings continue to shower on all of us.

previous“I want to bury him,” says father of third Kashmiri killed in Hyderpora