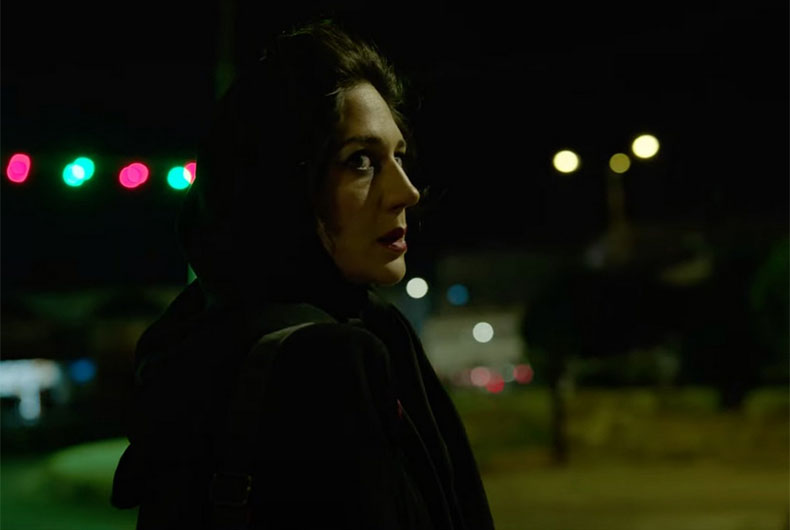 The film, from Iranian-Danish director Ali Abbasi, chronicles a killing spree in the streets of the religious city of Mashhad

Los Angeles: A gritty drama about a real-life Iranian serial killer titled ‘Holy Spider’, stunned the Cannes Film Festival, earning a thunderous seven-minute standing ovation and bringing a jolt of electricity to what’s been a sleepy festival so far.

The film, from Iranian-Danish director Ali Abbasi, chronicles a killing spree in the streets of the religious city of Mashhad, where 16 prostitutes were found dead from 2000 to 2001.

A local journalist, Rahimi (Zar Amir-Ebrahimi), is trying to crack the case as she grows frustrated by the police’s apathy toward finding the murderer. But in one of many twists in this drama, the identity of the serial killer is revealed early on — he’s a war veteran named Saeed (Mehdi Bajestani), a seemingly normal family man who spends his nights picking up women on his motorcycle and brutally strangling them in his home as a religious cleansing ritual.

One of the most talked about movies at Cannes 2022

‘Holy Spider’ will surely be one of the most talked about movies at this year’s Cannes. While the movie’s violence led to a handful of walkouts, it drew comparisons from attendees to David Finchera’s ‘Zodiac’, as it sparked buzz that it could be an early frontrunner for the Palme d’Or, reports ‘Variety’.

The film, which was shot in Jordan, will certainly provoke a response from the Iranian government for its depiction of a bare-breasted woman in an opening scene as well as featuring multiple sex scenes.

In Iran, movies are not allowed to feature such images, which Abbasi alluded to in brief remarks at the premiere.

“This means a lot for us,” the director said.

“This means a lot to my fantastic team, my crew, my actors. But it’s also a great day for Iranian cinema. There’s finally at least one movie where women actually have bodies, where they don’t sleep with their headscarves on.”

To loud applause from inside the Palais, he referenced how so many Iranians at the time sided with the serial killer in the case.

“And in the past 20 years, I always thought of a huge injustice that has been against the real victims of this story,” Abbasi said.

“And how even when people condemn this, they never mentioned those women. I feel that there is a little piece of justice here being played out tonight.”

The film is seeking US distribution out of Cannes, and it will likely spark a bidding war from indie distributors looking for prestige offerings.

Other Iranian film at Cannes

‘Holy Spider’ is one of two Iranian movies playing in competition in Cannes. The other is Saeed Roustaee’s ‘Leila’s Brothers’.

Neither film has been cleared by local authorities to screen in Iran.

Cannes 2022 seems to be a year that could mark the passing of the torch in Iranian cinema — Oscar-winning director Asghar Farhadi is part of the jury.

With ‘Holy Spider’, Abbasi makes the case for why he could be the next great Iranian director to make a name for himself at the world’s biggest stage for international cinema.