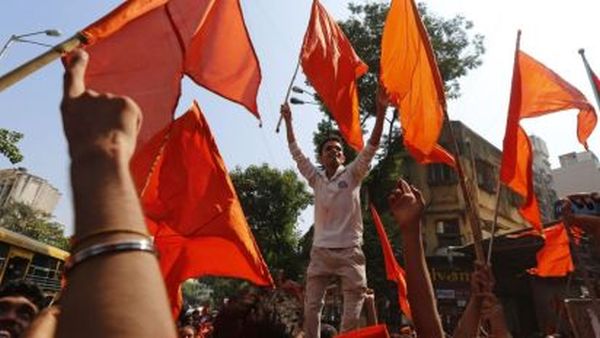 Hindutva bigots and some BJP leaders are up in arms over the new dietary plan prepared for Team India ahead of the first Test against New Zealand in Kanpur.

According to media reports, the players have been asked to consume meat only in halal form and barred from eating beef or pork.

Right-wing supporters including BJP leaders are running a hashtag campaign against the Board of Control for Cricket in India (BCCI) on Twitter. Many of them are not simply protesting against prohibition of other forms of meats such as jhatka for Team India but as usual, they are also expressing their hatred against Muslims.

The fabricated anti-Muslim hatred is very evident in a tweet written by a spokesperson of the ruling Bharatiya Janata Part, Gaurav Goel. He says, “Woh, what a logic: The diet which is full of “thook” will keep them healthy and fit eventually increasing their performance.”

Several other social media users have shared similar tweets, in which they associated fabricated entities with Muslims to make their Islamophobia sound logical.

This comes in the wake of a deliberate campaign run by right-wing groups against halal meat. This is purportedly an attempt to economically boycott Muslims like Jews of Germany.

nextSurgical Strike is Answer to Those Who Oppose CAA, Says BJP’s C.T. Ravi