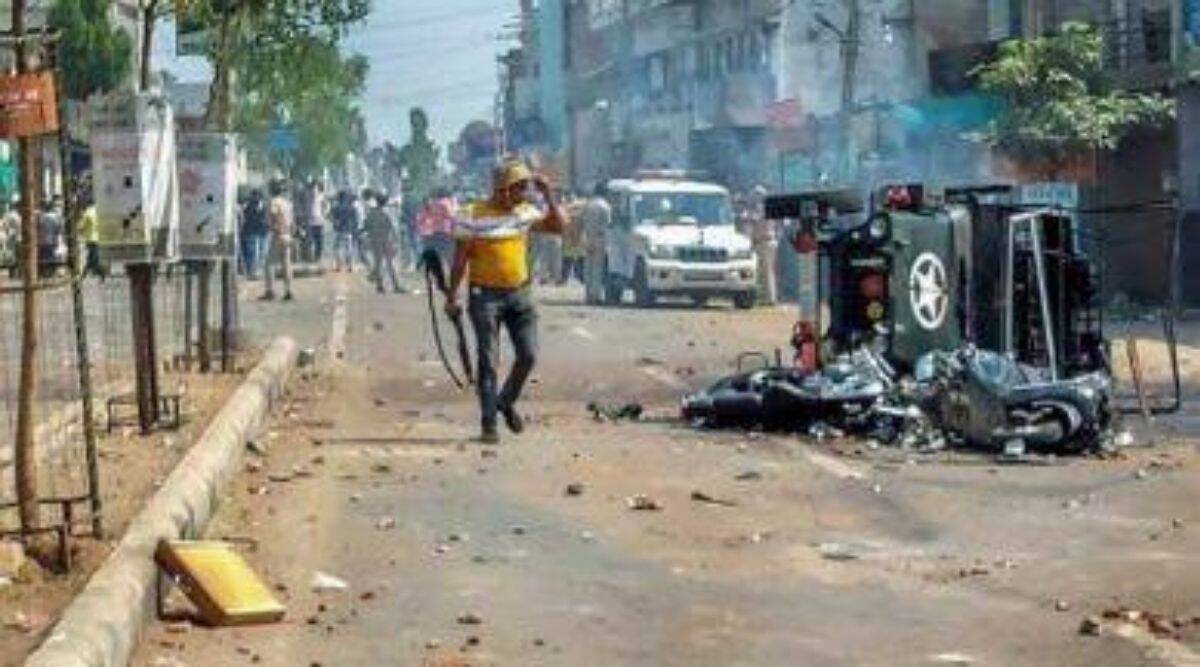 BHOPAL – Haji Mohammad Haroon, president Jamiat Ulema Madhya Pradesh unit, has vehemently condemned the action of the Khargone district administration which has issued a notice to a 12-year-old minor child to pay Rs.2 lakh 90,000 thousand by the Claims Tribunal in connection with the fine for the riots that took place on the occasion of Ram Navami riots in the city.

A Press statement of Haji Haroon issued by Haji Mohammad Imran Haroon, Press Secretary Jamiat Ulema Madhya Pradesh unit, said that the administration is taking one-sided action from the beginning in the Khargone riots cases. On one hand the administration is not taking any action against the real culprits while on the other even minor children are not being spared.

‘Boy at home at time of riots’

According to the investigation, he said, the minor child who has been handed over the notice to pay fine was at home at that time of riots but the administration has given him a notice of fine which is a one-sided and cruel action of the administration. It is further said that it is the work of the courts to convict someone, where after a full hearing, an order is issued. This is the law of the country but the administration is doing the work of punishing the people without fulfilling all the principles of natural justice and without any court action and high level investigation. People’s houses are also being demolished which is totally against the Indian Constitution and law.

Haji Haroon has demanded from the Chief Minister of Madhya Pradesh Shivraj Singh Chouhan that the real culprits should be put in the dock by conducting a high-level inquiry into the Khargone riots and the officers who have taken negligent steps and served notices of fine to the minor child. Strict action should be taken against the responsible officers, he urged.

Boy traumatised
Meanwhile, the boy’s mother said he has been traumatised since and fears that he would be arrested. His father Kalu Khan, a labourer, has been asked to pay Rs.4.8 lakh by the state’s Claims Tribunal.
The Madhya Pradesh Prevention and Recovery of Damages to Public Property Act (MPPRDPPA), was passed in December last year, in imitation of another BJP-ruled state, Uttar Pradesh. The law enables recovery of compensation for wilful damage to public and private property during strikes, protests and group clashes.  There have been claims that the law in Uttar Pradesh has been misused in some instances.
The Tribunal has received 343 complaints after Ram Navami, of which it accepted only 34. So far, it has settled six claims—four by Hindus and two by Muslims. Around ₹ 7.46 lakh have been recovered from 50 people.

The complainant in the boy’s case, a woman, had claimed that her property was damaged when a mob went on rampage during a Ram Navami procession on April 10.
“My son is a minor. We were sleeping when the riots happened. We want justice,” said Kalu Khan. His wife Ranu said her son is “constantly in fear that the police will arrest him.”

The family had filed an appeal before the Indore bench of Madhya Pradesh High Court, seeking that the notice be scrapped. But on September 12, the court dismissed the petition, saying any objections should be filed with the Tribunal. “If the objection is filed, the same shall be considered and decided by the tribunal in accordance with the law,” the order read.