A Mega event going to organise at Hunar Haat on 26th April 2022. 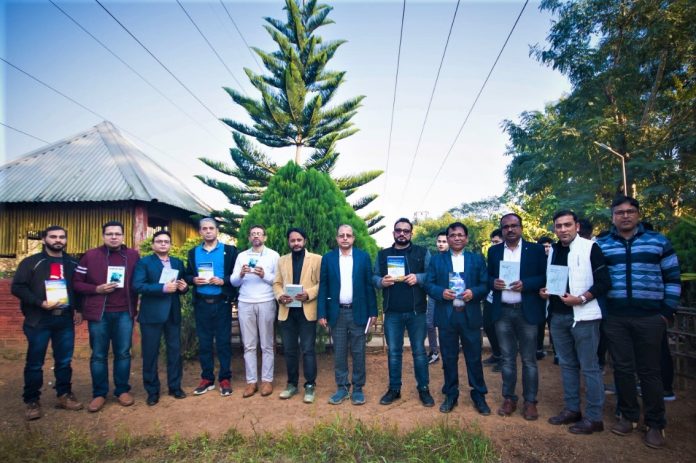 HF is an NGO working towards promoting education and social uplift of the people of Barak Valley, with primary focus on Bam region, the southernmost part of Cachar, for creating an enlightened, cohesive and resilient community. Under the umbrella of HF, four organisations viz HaFSA Academy, HaFSA Centre for Socia Welfare, HaFSA Institute of Barak Valley Studies, and HaFSA Rura Library & Information Centre function to fulfil the aims and objectives of the Foundation. Sayeeda Tasnim, Chairperson of HF, welcomed the guests and participants at the outset of the conclave and gave a glimpse of the different activities taken up by the Foundation during the last year.

Rafique Ahmed Laskar, Vice Chairperson, PPF informed the audience that PPF is engaged in developmental and social welfare activities across Assam. Its main thrust is on helping the poor and downtrodden in becoming self-reliant. PPF is also supporting a large number of poor students for pursuing higher and technical studies besides extending support to promising young athletes to achieve their dreams. Recently, they donated 100 blankets for the poor indoor patients at Cachar Caner Hospital, Silchar.

At the Sunday conclave organised at the initiative of HaFSA Foundation, it was resolved that the two NGOs – HF & PPF – will explore areas of collaboration in the sphere of educational development in the rural areas with special focus on Barak Valley. The two NGOs also decided to explore possibilities of working together for imparting coaching for Navodaya Vidyalaya entrance test and other recruitments in State & Central Government jobs.

One unique item of the conclave was the book reading session in which four books were released, one authored by Sabir Ahmed Choudhury and brought out by HF; two books on the history of Lakhipur authored by Abid Raja Majumder; and another book on motivation and personality development authored by Nurul Islam Laskar. Sultanuddin Ahmed, former executive of The Hindustan Times, read out a few chapters from Laskar’s book, “Beyond Soft Skills.”

The conclave recorded its appreciation for Jiauddin Choudhury, Chief Adviser, HF for initiating the process through which the NGOs were brought together to work hand in hand for the development of the society.