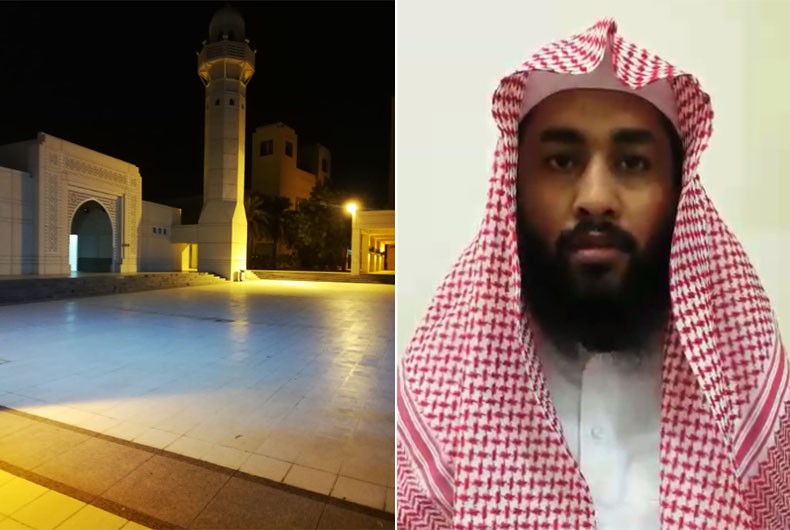 Hafiz Aiman, who has been selected for the respectable post, is persuading graduation at Umm All Qura University Makkah in Saudi Arabia

Malegaon: Marking a remarkable and proud moment for India, Hafiz Aiman of Malegaon – the Muslim dominated city in North Maharashtra known for scholarship and textiles, has been appointed as Imam in a mosque in the sacred city of Makkah al-Mukarramah.

Imam is a person who leads five daily prayers Muslims offer in mosques. Hafiz Aiman, who has been selected for the respectable post, is persuading graduation at Umm All Qura University Makkah in Saudi Arabia.

“I joined as an Imam at Al Awali Mosque in Makkah on December 18, 2021”, Hafiz Aiman told ummid.com in a WhatsApp call.

Masjid Al Awali, also known as Masjid Kulliyatul Lugha, is located some 15 kilometres to Masjid al-Haram – the Grand Mosque which is home to Holy Kaaba, and some 9 kilometres to Umm al Qura University Campus in Makkah.

Though it is not the first time when an expatriate or a student of foreign-origin has been appointed as Imam in a Saudi mosque, it is a rarest of rare moment as the Kingdom follows a very strict rule while making appointment to the post.

What makes appointment of Hafiz Aiman as Imam in Saudi Arabia mosque even more significant is also because of the Quality Assessment and Quran Recitation skill requirement for the post that are of very high standards.

After early education and complete memorisation of Holy Quran with Tajweed at Jamia Mohammadia Mansoora in Malegaon, Hafiz Aiman got admission in February 2019 for higher studies at Umm al Qura University Makkah on merit basis.

At home in Malegaon for annual holidays, he got stuck here for more than a year after the pandemic broke out – attending online classes and simultaneously rendering his duty as Imam at Jame Masjid Ahle Hadees Motipura. He had returned to Saudi Arabia in December last when Saudi Arabia lifted the travel ban on flights from India.

Incidentally, Hafiz Aiman’s younger brother Osama and elder brother Abdul Moeed too are Hafiz and acclaimed Qaris. Abdul Moeed also has to his credit the tag of being the first student from Malegaon who got admission at Islamic University of Madinah for higher studies.

“The entire family of Hafiz Aiman is hailed for its contribution towards teaching of Quran and Tajweed”, Faizee Shahid, who looks after the management of Jame Masjid Ahle Hadees Motipura, said.

“His appointment as Imam at a mosque in Makkah is not only rewarding for the family but also a proud moment for all of us”, he added.

previousSix Dead, 20 Hospitalised After Gas Leakage from Factory in Surat

next2021 deadliest year for Palestinians since 2014: Report