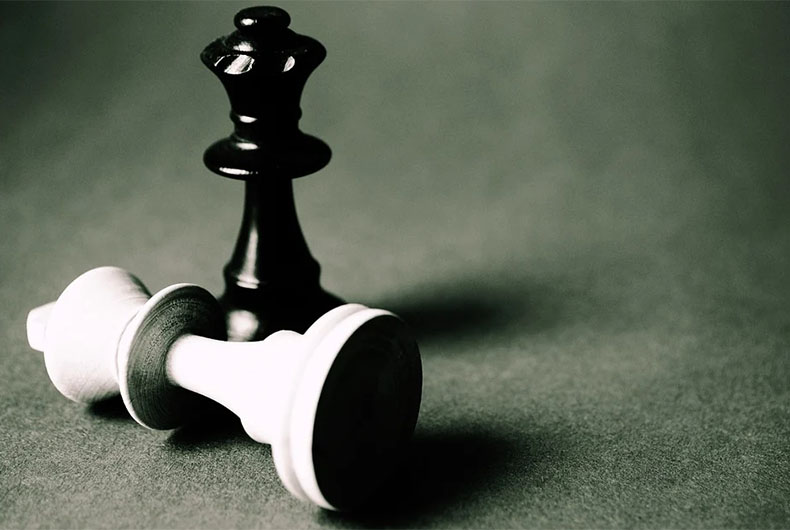 On the women’s side, it was Woman GM S. Vijayalakshmi who got the first Olympiad medal for India in 2000

Chennai: Guess who got India’s first medal in Chess Olympiad?

It was none of these, but Rafique Khan who made India proud at the 1980 Olympiad held in Malta, making everyone present take note of India. Playing on the third board, he scored 10 points out of 13 with nine wins, two draws, and two losses.

On the women’s side, it was Woman GM S. Vijayalakshmi who got the first Olympiad medal for India in 2000.

First Rafique Khan. Who was he?

“Few are aware that he was the first Indian to win the silver medal at the chess Olympiad. Rafique was a gentleman and a talented player,” IM Raja Ravisekhar told IANS.

Son of a carpenter in Bhopal, Rafique Khan learnt to play the ‘desi’ version of chess – the pawn always moves one step, and when the pawn reaches the eighth rank, then the player can take only that piece that used to be positioned at the start of the game.

Born into a poor family, he never went to school and began helping his father in his trade. But he learnt chess and got immersed in it after work.

It was in 1976, Rafique Khan became the talk of the Indian chess fraternity as he had won the National ‘B’ championship. One of the notable points of that tournament was that Khan won 11 games out of which he triumphed in nine games in one stretch.

“That record – of winning nine games at a stretch in National ‘B’ still stands and it hasn’t been broken till now,” Thipsay told IANS.

However, in the 1976 National ‘A’ championship, Rafique Khan did not perform well as he lacked the game’s theoretical knowledge and opponents spotted weaknesses in his game.

Bettering his game, he won the next National ‘A’ in Cochin ahead of Ravikumar, Aaron, IM T.N. Parameswaran, IM Ravisekhar and others.

In 1980, Rafique Khan was part of the Indian Olympiad team that went to Malta. Playing on the second board, he won the Silver medal for his individual performance.

It was the first time an Olympiad medal came to India.

“Rafique was a real master of old Indian chess and a very creative end game player. A good human being, his results went down after he started following book moves,” IM Parameswaran told IANS.

According to Thipsay, the Olympiad medal winner was a superb player in positional play and very good in the end game.

Meanwhile it was Chennai girl Vijayalakshmi who brought the country the first women’s Olympiad medal.

“My first Olympiad was in 1998 held at Elista in Russia. I won the silver medal in the 2000 (Istanbul) and 2002 (Bled) editions of the Olympiad playing for the country on the top board,” Vijayalakshmi told IANS.

Now a Deputy General Manager with Air India, Vijayalakshmi was the eldest of the three daughters of Subbaraman. Her father and coach was an employee of Pallavan Transport Corporation, a Tamil Nadu government undertaking.

Vijayalakshmi’s younger sisters S. Meenakshi and S. Bhanupriya are also chess players. Meenakshi, like her elder sister, is a DGM and is now with Air India.

“It is in Olympiad, the cream of the global chess would assemble and play. Playing on the top board would be a tiring affair as all your opponents would be strong players,” Vijayalakshmi said.

“Standing on the podium to receive the medal is an unforgettable moment. All the top players will be present at the prize distribution. And receiving a medal is a great moment.”

“It was a tough competition. I was fully drained. We defeated Georgia in that tournament and repeated the same in the next edition.”

Rival players and teams will start taking note of you on seeing the results and the game, she said.

“Vijayalakhmi’s style of play is dynamic. She is not averse to taking risks. She is strong in the middle game and a fighter. She will never offer a draw and always will play for a win,” WIM Bhagyashree Thipsay told IANS.

Now keeping herself away from active chess, the 43-year old Vijayalakshmi said if times change she may again come into the field.

nextHijab Ban: Let not students’ career be ruined, Shivakumar ahead of SSLC 2022 exam