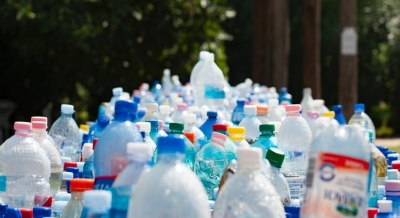 The Centre on Tuesday claimed that the ban on single use plastic (SUP) from July 1 would be implemented strictly across India by setting up state and national level control rooms, along with border points to check inter-state movement etc.

New Delhi, June 28, 2022:  The Centre on Tuesday claimed that the ban on single use plastic (SUP) from July 1 would be implemented strictly across India by setting up state and national level control rooms, along with border points to check inter-state movement etc.

However, with punitive action delegated to state pollution control boards (SPCBs), urban and rural local bodies, activists are skeptical about the ban.

The government declared that for effective enforcement of the ban on identified SUP items from July 1, national and state level control rooms will be set up and special enforcement teams will be formed for checking illegal manufacture, import, stocking, distribution, sale and use of banned single use plastic items.

“States and Union Territories have been asked to set up border checkpoints to stop inter-state movement of any banned single use plastic items,” the government said.

Day-to-day usage single use plastic items in 14 categories — such as plastic sticks that are used in ear buds, balloons, candy, ice-cream; cutlery items such as plates, cups , glasses, forks, spoons, knives, trays; packaging/wrapping films such as that used for sweet box, invitation cards, cigarette packets, and other items such as plastic flags, PVC banners of less than 100 microns, and polystyrene for decoration — have been banned by the Ministry of Environment, Forest and Climate Change with effect from July 1.

The minimum specified thickness for polythene carry bags was 75 micron already applicable from September 2021, but it would be 120 microns from December 2022.

The government claims there would be a total ban on manufacture, import, stocking, distribution, sale and use of identified SUP items that have low utility and high littering potential all across the country.

“This is an important step in the fight against pollution. With the SUP ban, we are looking at getting rid of items that have low utility, have high littering potential and, equally, availability of alternatives,” Environment Minister Bhupender Yadav told mediapersons.

However, when it comes to punitive action, the Ministry said it is the age-old Environment (Protection) Act, 1986 – popular as the EP Act – under which action would be taken.

As per data collected from all state pollution control boards and pollution control committees (SPCBs/PCCS), the plastic waste generation during 2020-21 was approximately 41,26,997 tonnes, making it almost 3 kg per year per capita.

However, activists are skeptical given the track record of implementation of the EP Act across India.

“Forget small items such as candy sticks or polythene, the pollution control agencies have spectacularly failed to take any punitive actions against big pollutants, either dumping industrial effluents in the rivers and water bodies or local bodies sending in sewage. It is the same SPCBs/PCCs and their paraphernalia that have failed. How is this ban going to be different,” asked Himanshu Thakkar of South Asia Network for Dams, Rivers and People (SANDRP).

“Look at the pitiable conditions of our water bodies and rivers. It is the failure of this existing mechanism that has led to this condition.”

Activist-lawyer and a regular at the National Green Tribunal (NGT), Rahul Chaudhary, pointed out: “Whenever there is a hearing/case about pollution, the first reason that the CPCB and SPCBs give is the lack of manpower. These kinds of rules about plastic ban in various formats have been around since 2003. But you have not been able to plug the gaps in implementation till date. What will you do this time?”

nextKumbh 2025 to be grander than previous one, says UP govt