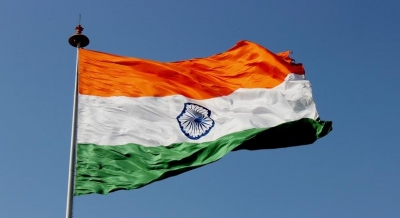 The government on Tuesday raised serious doubts over a clutch of studies, which have indicated that India’s rankings have declined on a number of global-based indices like democracy, freedom, civil liberties and political culture among others, in recent years.

New Delhi, Nov 23,2022: The government on Tuesday raised serious doubts over a clutch of studies, which have indicated that India’s rankings have declined on a number of global-based indices like democracy, freedom, civil liberties and political culture among others, in recent years.

Indices like Freedom in the World Index, V-DEM indices and EIU Democracy Index have placed India at the same level as during the Emergency of the 1970s.

Moreover, India has been placed below countries like Northern Cyprus.

The government has termed these as “perception-based indices”.

In its defence, the government has said that independent Indian think tanks should be encouraged to do similar perception-based indices for the world in order to break the monopoly of a handful of western institutions.

There are serious problems with the methodology used in these perception-based indices. First, these indices are primarily based on the opinions of a tiny group of unknown “experts”, the government has said.

It has come out with a working paper titled “Why India does poorly on global perception indices”, which is part of a working paper series prepared by the prime minister’s economic advisory council (PMEAC), where it has raised questions about the methodology used by the three indices.

The paper is a point by point analysis of the methodology used by the three indices.

On being placed below countries like Northern Cyprus, the working paper says: “The Freedom in the World report has given the territory of Northern Cyprus a score of 77 which makes it a free democracy. This is a territory only recognised by Turkey, not even by the United Nations. Meanwhile, the think-tank continues to treat Jammu and Kashmir as a separate territory since the early 1990s and now places it in the category of ‘not free’.”

In a series of tweets, the PMEAC on Tuesday, it said that “the questions that are used by the indices are subjective and are worded in a way that is impossible to answer objectively even for a country, let alone compare across countries…. There are questions that should be asked but are excluded”.

“Certain questions used by these indices are not an appropriate measure of democracy across all countries,” the PMEAC tweeted.

Since these indices are inputs into the World Governance Indicators, the World Bank should ensure greater transparency and accountability from these institutions, the PMEAC further said.

“Meanwhile, independent Indian think tanks should be encouraged to do similar perception-based indices for the world in order to break the monopoly of a handful of western institutions,” it noted.

“The first index in this paper is the Freedom in the World Index which has been published since 1973 by Freedom House. India’s score on Civil Liberties was flat at 42 till 2018 but dropped sharply to 33 by 2022; that for Political Rights dropped from 35 to 33. Thus, India’s total score dropped to 66 which places India in the ‘partially free’ category – the same status it had during the Emergency,” the paper has noted.

Since the publication of the index, the only two previous instances where India was considered as Partially Free was during the time of emergency and then during 1991-96 which were years of economic liberalisation. Clearly,this seems very arbitrary as what did the period of emergency which was a period of obvious curtailment of various activities had similar to the period of economic liberalisation or of the current times, the PMEAC working paper has noted.

On the second index, the working paper said: “The second index we look at in this paper is the Economist Intelligence Unit (EIU) Democracy Index. This index is published by EIU, which is the research and consulting arm of the firm that publishes the Economist magazine. India is placed in the category of ‘Flawed Democracy’ and its rank deteriorated sharply from 27 in 2014 to 53 in 2020 and then improved a bit to 46 in 2021. The decline in rank has been on account of decline in scores primarily in the categories- Civil Liberties and Political Culture. The maximum decline has been in the category Civil Liberties, for which the score declined from 9.41 in 2014 to 5.59 in 2020. In the same time period, India’s score for Political Culture declined from 6.25 to 5.0. India’s rank then recovered marginally to 46 in 2021, primarily on grounds that the government rolled back farm-sector reforms, which lead to improvement in scores on the categories – Civil Liberties, Functioning of Government and Political participation.”

EIU in their methodology mention that they do not only rely on opinion of experts but also take responses for some questions from opinion polls, if available {primarily from World Value Survey (WVS)}. If the responses from opinion polls are not available, then the responses for those questions also are answered by experts. In case of India, the latest available WVS report is of 2012. The latest round of Wave 7 (2017-2020) has not been conducted for India yet. This implies that score of EIU Democracy index for India is based only on expert opinion since 2012, the PMEAC says in the working paper.

“A time series analysis of the V-DEM scores show that India does well on objective parameters such as share of population with suffrage, but scores on various subjective sub-indices have declined sharply since 2014,” the paper concludes.

previousNeed a CEC who can even take action against PM, says SC

nextUP to have mother-child units in 35 cities