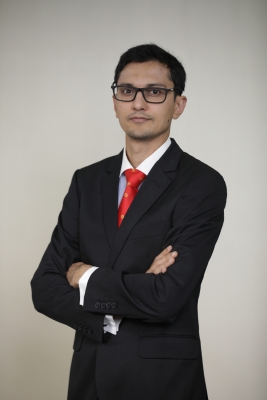 Q: Now FII’s net investment turned positive after nearly 9 months and indices are rising, do you think this trend will sustain?

A: FPI selling in India over the last few months may be attributed to global US Dollar strength and a broad based sell off in global equities amidst aggressive central bank tightening. With outflows of US$27.7 bn in equity during CY22 till date, India had been one of the many affected countries in the MSCI basket. Such prolonged selling in our view means that FPIs have materially increased their underweight India equity position.

While FPI flows into equity have recently turned marginally positive, it is too early to confirm the trend. With the current global backdrop of recession-related fears and uncertainty around Russia-Ukraine conflict, it is unlikely that we will see a sharp turnaround in FPI flows to emerging markets, including India. On the whole, while it’s a little premature to expect meaningful inflows, we believe that the bulk of FPI selling in India equities may be over for the time being.

Q: What are your expectations from the RBI policy? Will RBI increase its inflation and GDP projections?

A: We expect MPC to hike Policy Repo Rate by 35 bps in the upcoming August policy, taking the repo rate to slightly above the pre-pandemic level. The RBI may also want to signal to the markets that bulk of the heavy lifting in local policy rate is done with and future actions may depend on evolving growth-inflation dynamics. RBI may for the time being may also keep its GDP and Inflation projections unchanged, as there is too much uncertainty clouding near term economic outlook. Future trajectory of policy rates will largely be a function of energy price dynamics and global growth outlook over the coming months.

Q: Last week, we saw yield on 10-year benchmark bonds moderated nearly 10 basis point. Considering international and domestic cues, where do you see yields in the near term?

A: Over the last few months, the US Fed and other major Central Banks have tightened policy rates far too sharply and quickly in order to quell stubborn, decadal high consumer prices. These sharp and synchronous rate hikes are expected to have an adverse impact on global growth. Since June 22, global economic data releases have begun to reflect the growth impact of these inflation fighting measures. Industrial and Energy commodity prices too have taken a hit on account of the same. The US government bond yield curve is now signalling high probability of a policy induced recession. As a result, global bond yields, led by the US, have moved sharply lower over the last few weeks as markets are factoring in an increasing probability of a sharp growth slowdown and a subsequent pause or reversal in policy rate hikes in time to come.

RBI has a sufficiently large war chest to defend against any speculative attack on the currency. At the same time, fundamentals of India remain better than most of its peers. We do not foresee any disorderly move in rupee, especially as long as imported energy prices remain manageable. We also believe that a prolonged period of US Dollar strength may be nearing its end, further alleviating any fears around undue rupee volatility. Overall, we expect USDINR to remain in 78-80 range in the near term.

Q: What are your views on the US Fed hinting that they are looking to slow the pace of rate hikes in the upcoming meetings?

A: The Fed has hiked its policy rate by over 200 bps since March 2022. But US inflation is yet to respond to Fed’s recent aggressive interest rate hikes as monetary policy works with a certain lag. In all fairness, the Fed has already done bulk of the heavy lifting on the policy rates but is a clear laggard when it comes to reversal of Quantitative Easing.

Going forward, the fast worsening growth outlook may imply that the pace of Fed Rate hikes will moderate, especially once US inflation starts to peak. Consequently, the Fed and other global Central Banks may want to shift their focus on reducing the size of their balance sheets rather than making sharp adjustments to policy rates.

In our view, the US Fed will likely hike their policy rates marginally above 3 per cent before it sees inflation peaking. But one needs to remain mindful that inflation falling from peak may not mean lower US inflation on a sustainable basis. Longer term inflationary dynamics lie beyond Fed’s control and till the same are resolved, the Fed may have to persist with a proportionately tighter monetary policy.