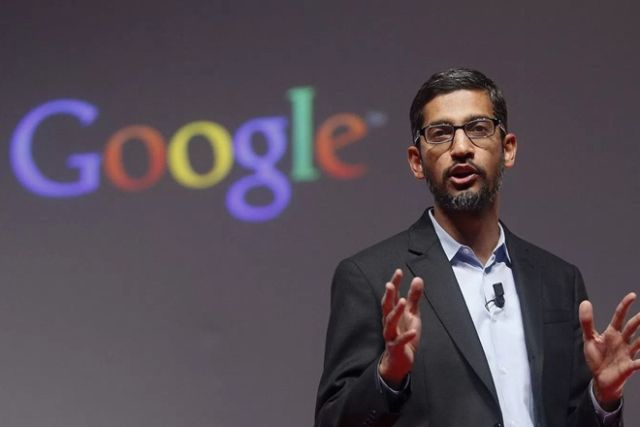 Shanghai : Hinting at a possible resumption of a harmonius relationship with China, Google’s India-born Chief Executive Sundar Pichai on Sunday said that a lot of the tech giant’s work actually helps Chinese companies.

Attending the fourth edition of the Chinese state-run “World Internet Conference” in Wuzhen, near Shanghai, Pichai said that many small and medium-sized businesses in China take advantage of Google to get their products to many other countries outside of China, the South China Morning Post reported.

Google shut down its Chinese search engine seven years ago after a direct confrontation over Beijing’s censorship policies.

The previous three conferences in 2014, 2015 and 2016 were not attended by such heavyweight US tech executives as Cook or Pichai.

Cook told the event that “the theme of this conference – developing a digital economy for openness and shared benefits – is a vision we at Apple share”.

He said that Apple “is proud to have worked alongside” many of its partners in China to help build a community that will join a common future in cyberspace.

Skype, the calling app, was removed from its mainland App Store this autumn.

previousGovernment proposes to register only BS-VI vehicles from June 2020