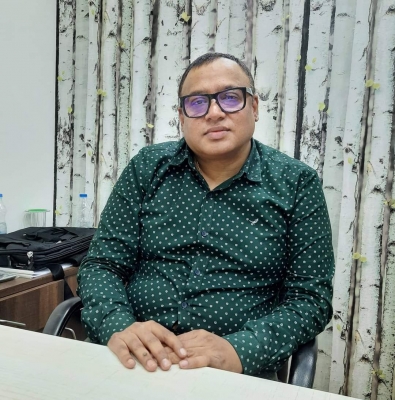 Already, a petition filed by the BJP is pending in the Calcutta High Court demanding disqualification of party legislators joining the ruling Trinamool Congress after the 2021 Assembly elections.

The post of the PAC Chairman became vacant after Mukul Roy, officially still a BJP legislator, resigned from the chair on health grounds on June 27. While appointing Kalyani as the new PAC Chairman, the Speaker observed that like Roy, there is no concrete evidence that Kalyani has joined the Trinamool, and hence, he will be considered a BJP legislator.

The post of PAC Chairman, as per tradition, is always held by any legislator from the opposition bench.

Leader of Opposition in the Assembly, Suvendu Adhikari, who recently threatened to take legal steps if Kalyani is made the PAC Chairman, refused to make any comment on this issue on Monday.

“He is appointed by the assembly Speaker… so go and ask him,” he said.

However, BJP state spokesman, Shamik Bhattacharya said that Banerjee has proved that he has just confined his role as a Trinamool legislator and could not get himself upgraded as the Speaker.

“Our struggle against such an act both within the court and outside will continue,” he said.

CPI-M Central Committee member and the former leader of Left legislative parties in the Assembly, Sujan Chakraborty said that such actions are contrary to the traditions and sanctity of the Assembly.

“Krishna Kalyani got elected as a BKP legislator in the 2021 Assembly elections and then he joined Trinamool Congress. He was not initially a member of PAC. But first he was given a backdoor entry to the committee and then made its Chairman,” he said.

Not a single Trinamool leader was ready to speak on this issue, saying that they have nothing to say on the Speaker’s decision.