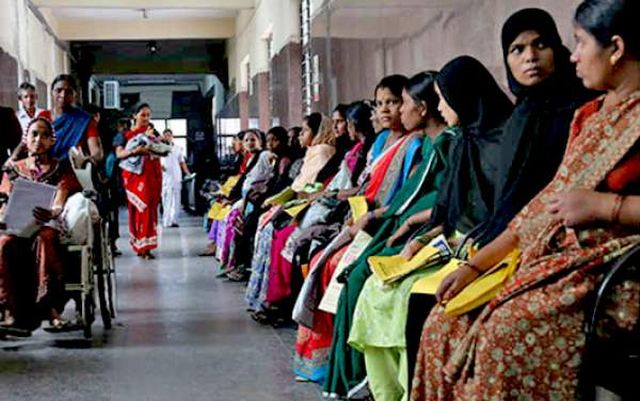 It would be hugely better, safer and healthier for mankind if the world understands the difference between Freedom in Method and Freedom in Results. What they talk of is the former with massive negative impact on the latter. If accidents are to be saved, there have to be restrictions on trafficking. .. If society has to be safe from the diseases, crimes and chaos, there is no other option but to make the laws related to all kinds of behaviour strict in letter, spirit and application.

The rise of Taliban has handed another opportunity to the anti-Islam world and media to raise doubts about the “Freedom of Women” in an Islamic government. I want here to limit myself to what they actually mean and want from the “Freedom” they talk of.

I often feel amused at the innocence with which the most ruthless players of the current world present the issue of ‘Freedom of Women’. The truth is that when they talk of the freedom of women, it is in fact the freedom of men they are seeking: freedom of men to enjoy the beauty of female body and their all kinds of services. When women are made to shed their clothes it is men who enjoy it. When they are given liberty to indulge in whatever they want it is men who get the opportunity to play with them. The man dominated market knows it too well that the most profitable human sentiment to market is the physical attraction between the two genders. They have exploited this attraction to the hilt earning trillions of dollars in the process. So all the services of women are now available in the market and the rising proximity between them reaps huge benefits for all kinds of market, from garments to cosmetics, from hotelling to tourism and from media to entertainment.

Due to this freedom, sex transmitted diseases remain a big threat even in those countries which have the most advanced medical care system. During around last thirty years, more than 38 million people have died of A IDS and double that number are still fighting death. Still one million people die of AIDS every year and of course the number is much greater in those areas where there is more “freedom” than where there is little. But the media will never highlight these deaths lest the sex market suffer. Women and children are big sufferers. Here is an excerpt from the Abstract of a WHO report gives an idea of what the “Freedom” brings in terms of gender:

According to another report from Sub Saharn Africa, “it is estimated that women account for 58% of the people living with HIV (PLWH) in the region, a skewed distribution that has been existing for years, and women on average acquire HIV as much as 5–7 years earlier than their male peers.” If trend is showing some change in Western countries, especially Europe, it is because of rising homosexuality and more frequent use of IV drugs by males. Where women are involved, they suffer more.

Rapes and Brutal Killing of Children in Wombs

50 to 70 million times every year women have to abort but nobody talks of this brutality on unborn human beings. Even the sex of the aborted happens to be more females than males especially in countries like India. Hundreds of thousands of times women are raped but nobody ever talks of the real reasons behind this because the reasons are related to big markets including liquor and sex. And to swell the number of “rapes” in the more “conservative” countries, they have found an “excellent” idea of including complaints by wives of force by husbands as “rapes”. Still, America remains at the top of the total number of rapes every year and in countries like South Africa, more than a quarter of women have faced rape attempts.

Islamic restrictions on men rather than women

The crime rates are surely much less in Islamic countries, especially where Islamic legal system is in force like Saudi Arabia, Kuwait, Qatar and UAE. Still, Islam is often targeted for being anti women. They again forget that the so called restrictions on women in Islamic system are in fact restrictions on men. They are prevented from enjoying their bodies. If women enjoy more safety anywhere, it is in true Islamic systems. They face much lesser chances of being raped and kidnapped, becoming mistresses and prostitutes, much much lesser chances of having to abort out of compulsion, even lower chances of becoming single parents. The children too are safest there with remarkably lower chances of being aborted, of having to live with a single parent and much lower chances of living with unnatural and gay parents.

It would be hugely better, safer and healthier for mankind if the world understands the difference between Freedom in Method and Freedom in Results. What they talk of is the former with massive negative impact on the latter. If accidents are to be saved, there have to be restrictions on trafficking. If “Freedom” is given in traffic, chaos will be the result. It is no surprise that majority of deaths in accidents occur due to drunken driving. Even in technology, good results require strict methodology. If society has to be safe from the diseases, crimes and chaos, there is no other option but to make the laws related to all kinds of behaviour strict in letter, spirit and application.

Dr Javed Jamil, currently Chair in Yenepoya University Mangalore, is a thinker and writer with over twenty books including his latest, A Systematic Study of the Holy Qur’ān”.