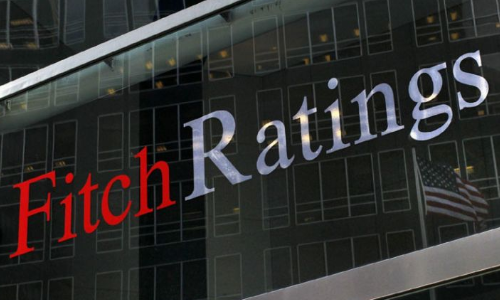 Mumbai : Fitch Ratings on Friday cut India’s GDP growth rate projection for the next financial year to 6.8 per cent, from its previous estimate of 7 per cent, on account of weaker-than-expected growth momentum.

The US rating agency said it has also changed outlook on the Reserve Bank of India’s monetary policy review, projecting another interest rate cut of 25 basis points (bps) in 2019 owing to inflation staying below the target and easier global monetary conditions.

“While we have cut our growth forecasts for the next fiscal year on weaker-than-expected momentum, we still see Indian GDP growth to hold up reasonably well, at 6.8 per cent, followed by 7.1 per cent in FY21.” the Fitch report said.

Noting that weaker momentum has been mainly domestically driven, Fitch said credit availability has tightened in areas heavily dependent on non-bank financial company (NBFC) credit such as automobiles and two-wheelers, where sales have dropped.

On the banking sector, the Fitch report noted that credit to the private sector increased in recent months, filling the void left by NBFCs facing a liquidity crisis.

“Further capital injections and a looser regulatory stance of the RBI have eased (though not removed) the state banks’ capital constraints, while the central bank has raised the limit on collateral-free loans that banks can make to farmers (by 60 per cent), helping prevent a decline in bank lending,” the report said.

“The RBI has adopted a more dovish monetary policy stance and cut interest rates by 25 bps at its February 2019 meeting, a move supported by steadily decelerating headline inflation.”

On the fiscal side, the budget for financial year 2019-10 plans to increase cash transfers for farmers, the rating agency said.

“Our benign oil price outlook and our expectations of accelerating food prices in the coming months should support rural households’ income and consumption,” it added.