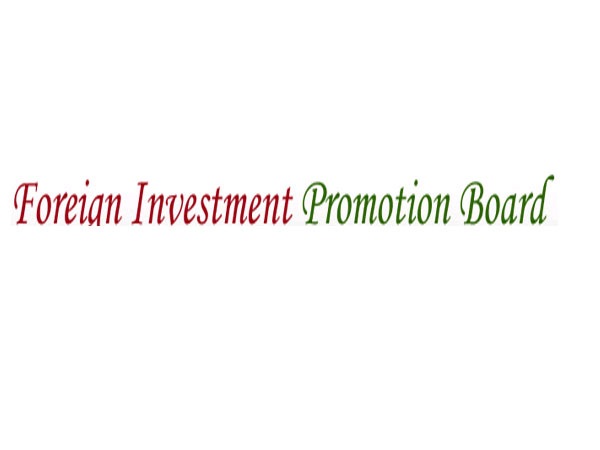 New Delhi:(IANS) The Foreign Investment Promotion Board (FIPB) will on Monday take up 47 proposals of foreign investment, including a host of them from pharmaceutical majors like Glaxo SmithKline, Novartis and Mylan Laboratories, an official said.

There are applications also of the Bandhan Financial Services, which has been granted  a universal banking licence by the Reserve Bank of India, and the Catholic Syrian Bank that has received market regulator Sebi’s approval to raise up to Rs.400 crore through an initial public offer (IPO).

The FIPB can recommend foreign investment proposals of up to Rs.3,000 crore to the finance minister for approval.

Foreign direct investment (FDI) is permitted in most sectors in India through the automatic route, but proposals in some segments considered sensitive have to be first cleared by the FIPB.