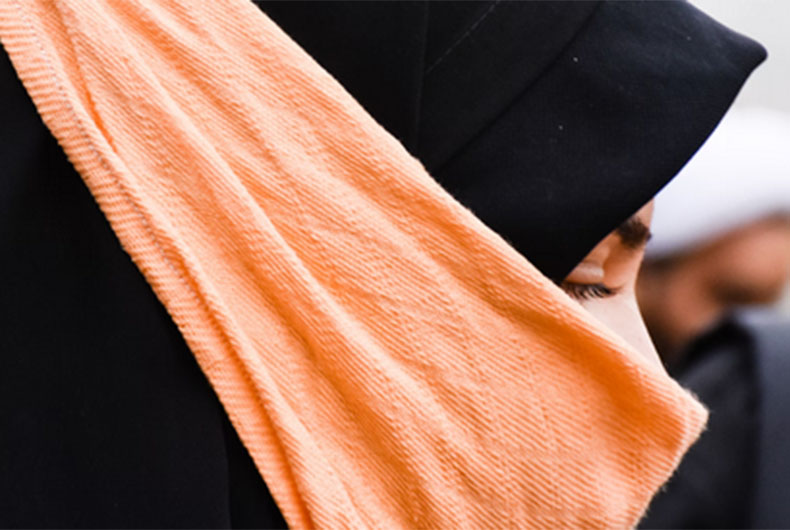 Udupi (Karnataka): The controversy that erupted in Government Women’s Pre-University College, Udupi in Karnataka finally got resolved after the district administration was approached who later convinced the Principal to let the girls attend the classes wearing Hijab.

“Everything was fine before we started wearing the hijab but the Principal stopped us from entering the classroom and we felt being discriminated,” said a press release quoting six girls, studying in first and second Pre University classes in Government Women’s Pre University College.

“For the past three days, we have been visiting college daily and returning home without attending the classes. We stood outside the classroom for three days in protest.”

“We were told to bring our parents to college but when they arrived, school authorities made them wait for some three to four hours,” the students alleged.

“Our parents also tried to meet the principal. But the principal was not ready to talk to them. He is insisting that hijab is not allowed inside the classrooms,” the students said.

The students also complained of being discriminated against. “We are not allowed to talk in Urdu or Beary languages, while other girls were allowed to speak in Tulu, Konkani, and Kannada languages.” The ‘aggrieved’ students feared that they might face an attendance shortage.

Meanwhile, a delegation including six students of the college along with some members of the Girls’ Islamic Organization of India (GIO) approached Udupi Deputy commissioner Kurma Rao regarding the incident.

According to district authorities, six girls who were stopped from entering the classroom were part of the delegation that met Udupi Deputy Commissioner Kurma Rao and requested that the constitutional rights of the girls be protected, the press release said.

The girls alleged that the principal, Rudra Gowda, did not permit them to wear a ‘hijab’ (headscarf) in the classrooms.

The Udupi Deputy Commissioner Kurma Rao then spoke to the principal of the college who was of the view that “the rule was being followed to ensure uniformity in classrooms.”

Principal Gowda clarified that there were more than 60 Muslim girl students studying in the college. “Barring these six students, none of them wear hijab,” he said.

The Udupi Deputy Commissioner eventually prevailed over the Principal and resolved the matter peacefully asking the students to enter the classroom wearing hijab.

Earlier, Campus Front of India (CFI) and Socialist Democratic Party of India (SDPI) had warned of intense protests if the Principal of the Government Women’s PU College was not placed under suspension for not permitting girl students to attend classes wearing the Hijab.

“If the six girl students are not allowed to attend classes, we will stage a protest against these ‘fascists’,” Udupi SDPI president Nazeer Ahmed warned.

CFI State committee member Masood Manna also demanded the suspension of teachers for not giving attendance to the girl students. He said, “religious freedom should be assured to students in the college and the college should not prevent them from practicing their religious beliefs.”

Manna said that the parents of the girl students had met the principal on three occasions and had requested him to allow their daughters to wear the headscarf. ‘No other government colleges had implemented restrictions against wearing Hijab in Karnataka,’ Manna said.

He questioned the discrimination in the college and accused college Principal Rudra Gowda of forcing students to enroll in ABVP.

Local MLA Raghupathi Bhat met the principal and reportedly said that if the Hijab was allowed, boys will wear saffron shawls in the college.

Jumping in the controversy was BJP leader Yashpal Suvarna, who is the vice president of the college’s development committee. He accused the six students of politicizing the incident.

“There are more than 100 Muslim girls who are studying in the college. It is an attempt to disturb the harmonious environment of the college,” he said.

previousEyeing 19% Muslim votes, Owaisi hopes to emerge as Kingmaker after UP Polls