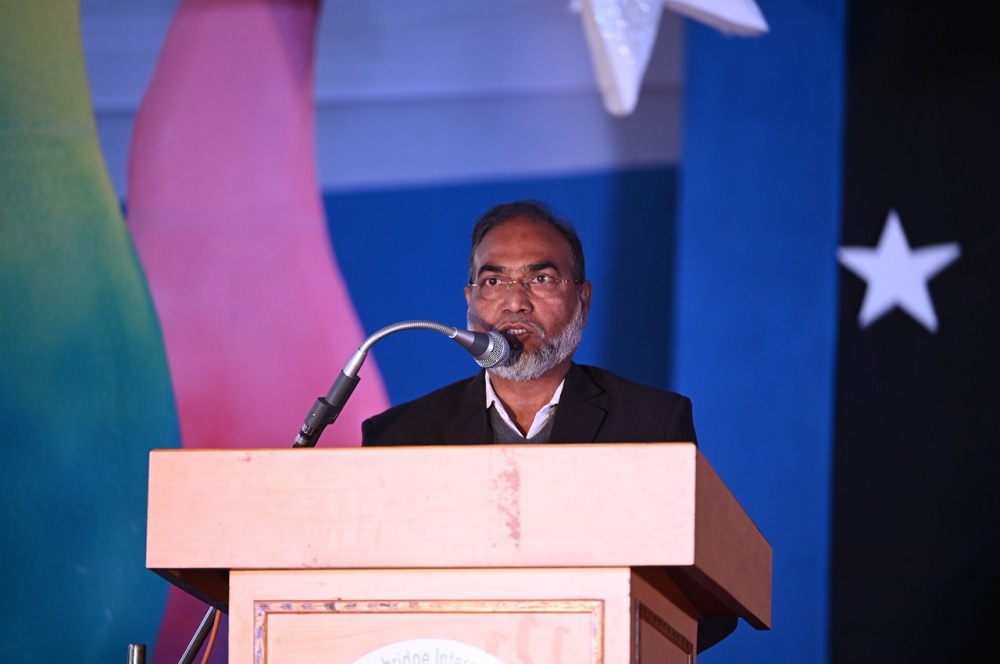 Kolkata: West Bengal Minority Affairs and Madrassah Education Minister Md Ghulam Rabbani expressed that the quality Education is the key to the development of the Muslims in the country.

“This community [Muslim] is backward due to lack of Education. There is a lack of Lawyers, Judges Civil Service officers, and doctors,” said Rabbani, on the sidelines of the 6th annual cultural programme of  Tarbiyah Cambridge International School [TCIS] of Kaliachak, Malda, West Bengal held recently.

Over 300 students participated in the annual programme. They sang songs, staged dramas, and paid homage to the heroic martyred soldiers.

Rabbani lauded the hard work of the principal and teachers of TCIS and their zeal of imparting quality education to the students.

Remembering his college days in Aligarh Muslim University [AMU], the minister pointed TCIS should continue imparting education along Tarbiyah [an Arabic word that linguistically means: increase, nurture, rear, growth, or loftiness. Tarbiyah also means the development and the training of people in various aspects. In this regard, the word tarbiyah refers to the systematic development and the training of children]. TCIS should impart education in a way similar to that of AMU. i.e. Education along with Tarbiyah.

Referring to the parents, the minister said: “Education is our Mission. I urge mothers, sisters and brothers present here to give their children quality equality no matter if they skip their meal a day.”

“We are privileged to have an English medium school equipped with modern infrastructure which is serving our local population. The guests were impressed by the presentation of our students and especially with the patriotic songs and dances that were pretty much appreciated,” said Azizur Rahman, Chairman Tarbiyah Cambridge International School .

He reiterated that equal importance is given to reading and cultural programs, value education and advanced cultural activities. It is from here [TCIS] that the students are shown their career path. 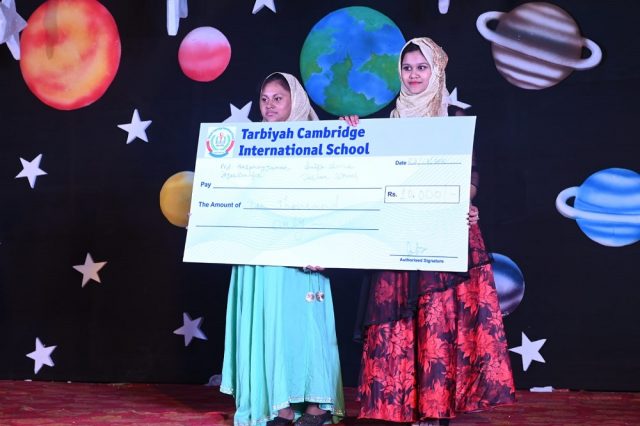 In India, a significant proportion of the relevant population still remains deprived of the benefits of higher education, and the Muslims comprise an important category of the deprived communities, according to minorityaffairs.gov.in.

The Census data revealed while only about 7 per cent of the population aged 20 years and above are graduates or hold diplomas, this proportion is less than 4 per cent amongst Muslims. Besides, those having technical education at the appropriate ages (18 years and above) are as low as one per cent and amongst Muslims, that is almost non-existent.

The Indian Constitution is committed to the equality of citizens and the responsibility of the State to preserve, protect and assure the rights of minorities in matters of language, religion and culture. That is why our national leaders while framing the Constitution, emphasized the doctrine of unity in diversity.

The United Nations Declaration on the Rights of Persons Belonging to National, Ethnic, Religious and Linguistic Minorities says that the promotion and protection of the rights of persons belonging to such minorities contribute to the political and social stability of the countries in which they live. Meeting their aspirations and ensuring their rights acknowledges the dignity and equality of all individuals and furthers participatory development. This in turn contributes to the lessening of tensions among groups and individuals. These factors are major determinants for stability and peace. All developed countries and most developing ones give appropriate emphasis to looking after the interests of minorities. Thus, in any country, the faith and confidence of the minorities in the functioning of the State in an impartial manner is an acid test of its being a just State. 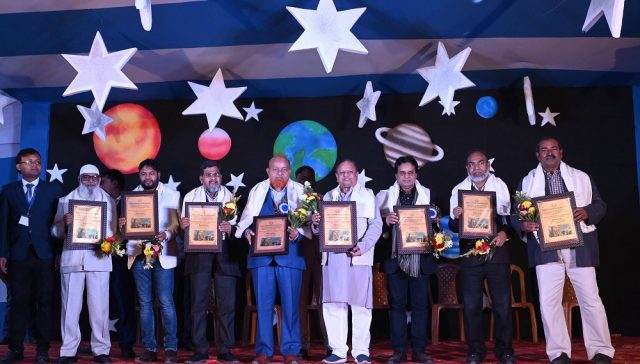 Since Independence, India has achieved significant growth and development. It has also been successful in reducing poverty and improving crucial human development indicators such as levels of literacy, education, and health. There are indications, however, that not all religious communities and social groups (henceforth socio-religious communities – SRCs) have shared equally the benefits of the growth process. Among these, the Muslims, the largest minority community in the country, constituting 13.4 percent of the population, are seriously lagging behind in terms of most of the human development indicators. While the perception of deprivation is widespread among Muslims, there has been no systematic effort since Independence to analyze the condition of religious minorities in the country. Despite the need to analyze the socio-economic and educational conditions of different SRCs, until recently appropriate data for such an analysis was not generated by Government agencies. There has been a welcome change in the scope of data collection with respect to SRCs in the 1990s, which, in turn, has made this report possible.

Tarbiyah Cambridge International School, abbreviated as TCIS, was established in 2014. The English Medium School is situated at Malda region of West Bengal.

The administration is working under the leadership of Azizur Rahman (Chairman of the Institution) who is making great efforts to make Tarbiyah a brand.

He is also the Managing Director & Chief Executive of “Starling Silk” Pvt. Ltd. This famous Starling Silk Mills Pvt Ltd has been serving all over nation with it’s valuable products Spun Silk Fabrics, Spun Silk Yarn and Silk Carpets since the last 50 year’s & the most productive is TCIS.

previousIncrease in Marriage age is License to Licentiousness at the Behest of Market Forces: Dr. Javed Jamil