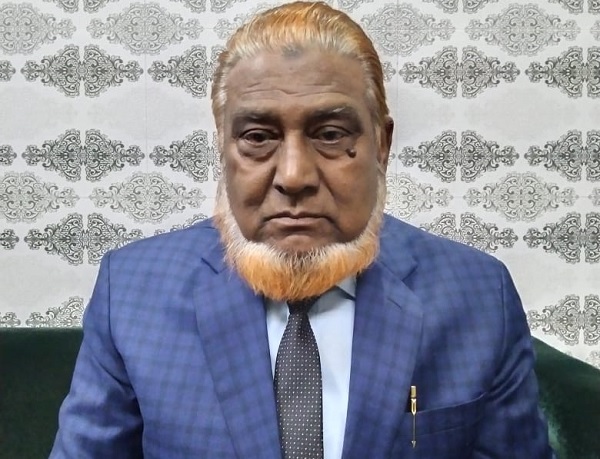 It was the year 1982, I heard of DrHamid Hussain. During a conversation at home, my father Late JanabShahid Ahmad Shoaib was telling somebody about this young dynamic person who could be the future of the community. I did not understand much about that then. As the time went by, I did my graduation, went to Mumbai to pursue my engineering and then MBA and simultaneously got involved with my corporate jobs.

At this juncture, when I recollect my memory, I find my father was always concerned about the social, economic, educational backwardness of the community. He was no doubt an intellectual who could prove that anything is possible if there is strong will and focus. A researcher, an educationist, a man with highly fertile mind, he was much ahead of time in his vision. He always believed that there has got to be a dream to serve the humanity and positively impact people, take them along and help them realize their dreams.

It wasDr Hamid Hussain who could understand the feelings of my father. He was instrumental in creating an active and dedicated team which finally culminated in the successful execution of the Biradari Conference at Itki in 1994. The grandeur of this conference is still considered as a historic moment which provided a unique platform to the community. Dr Hamid Hussain played the most remarkable role as the Chairman of the Bihar Muslim Kalwar (Kalal/Eraqui) Millat Committee Conference so well that he is considered as the architect of the mission.

He has displayed an effective role of the community leader. A Leader with passion & compassion. As far as I know him, his focus has always been to bring in the basic changes in the community and take this to the most desired progressive level. He is actively contributing to the welfare of the community by serving as the President of ; AnjumanFalahMilli, HamdardAnjuman, Munni Masjid, Madrasa MadinatulUloom Management Committee, Qabrastan Committee,

Dr Hamid Hussain has been able to provide a direction to the community members in many ways. Today there are many success stories under his guidance. We have many people in the community who have proved their mettle in the fields of Education, Industry, Politics, Bureaucracy, Social Service and other fields. There are many members who are serving at various levels in many countries. However, there are lot of work to be done.

As an effective community leader, Dr Hamid has provided a Vision, Established Effective Organizational Structure and Communication Protocols, is an Effective Role Model, has Inspired and Motivated many, Delegated and Empowered the next generation of the community. I found him displaying the roles of a Coach, Facilitator, Strategist, Visionary, Change agent, Decision-maker, Influencer and above all a Team player.

Dr Hamid has emerged as s successful Social Leader who has devoted his life and talents to improving society regardless of social standing, wealth, or privilege. He has served and blessed the community. He has lifted the vision of community, broadened our possibilities and deepened our life experiences. He has preserved peace and ensured prosperity for as many people as possible.

As far as I know Dr Hamid, he is a man on mission. He is not going to rest till he sees his community members’ progress to the highest level. He is relentlessly working towards bringing in Unity & Co-operation among the people through the common agenda and unidirectional alignment. He is trying to set a system wherein Intellectuals, Entrepreneurs, Educationists, Politicians, Health Professionals, Government Employees of the community can come under one umbrella to work together for the welfare and upliftmentof needy & deserving members.

Leadership is the activity of persuading people to co-operate in the achievement of a common objective. This is the activity of influencing people to strive willingly for mutual objectives. Leadership always involves attempts on the part of a leader to affect the behaviour of a follower or followers in a situation. And the entire Biradari is happy to note that Dr. Hamid Hussain has proved to be an able Leader of the Community.