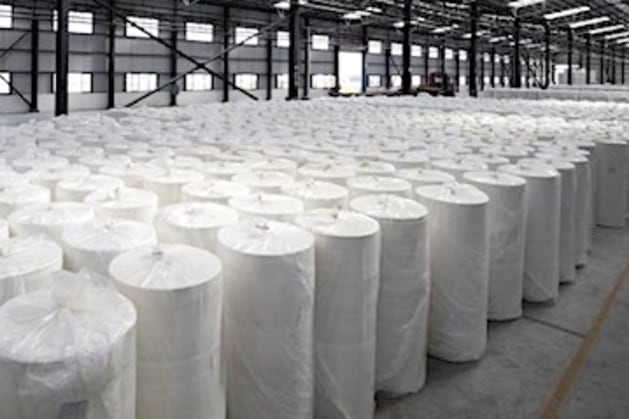 The Ukraine-Russia war has put a strain on global supply chains and while transportation of various commodities have been severely impacted, India’s paper imports were hit to such an extent that there is a two-month waiting period for overseas shipments.

New Delhi, Nov 1,2022:  The Ukraine-Russia war has put a strain on global supply chains and while transportation of various commodities have been severely impacted, India’s paper imports were hit to such an extent that there is a two-month waiting period for overseas shipments.

According to industry sources, there has been a 42.8 per cent increase in price of paper due to delay in supplies.

Lockdowns in China have also compounded the problem further, they added.

Before the war in Ukraine began in February, the price of paper was Rs 70,000 per tonne, which has now gone up to Rs 1,00,000 per tonne, an industry representative said.

Orders for both kinds of paper have been hit ever since the geopolitical tensions began, a production executive of a reputed publishing firm said.

As of now there is a delay of around two months in paper supplies from abroad, which has led to a rise in production costs and also in the cost of raw materials, he informed.

Paper orders placed for October are expected only by December this year, the official informed.

Due to the delays in paper supplies, publishers are not able to fix the prices of books, he added. This demand and supply gap is expected to rise further once the new academic season sets in early next year and the demand for books goes up.

As raw material is sourced from China and Europe, the paucity of containers due to the Ukraine crisis has mainly led to paper supply constraints, industry sources informed.

Shortage of containers which are needed for supplies are not easily available due to the ongoing disruptions in Europe.

Though paper is produced in India, it is the specialised pulp strand sourced from abroad, on which its manufacturing is dependent, sources said.

So with dependency on domestically produced paper being less and imports getting costlier, the country is likely to face paper shortage crisis for some more time, as sources said that shipments may remain impacted till March 2023, even as the Ukraine war continued to rage on.

Moreover lockdowns in China, a major supplier of map litho paper, has seen paper mills shutting down there, industry representatives said, which too has led to supply gaps.

nextHiring in India IT sector slows down 18% in Oct: Report