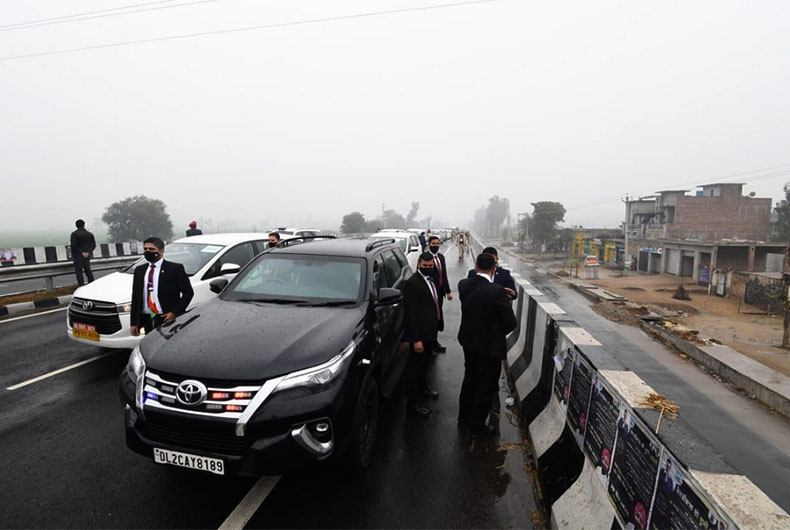 The Prime Minister landed at Bhaisiana Air Force station in Bathinda town from where he was supposed to travel to Ferozepur by road. However, he was forced to return back after his convoy was stopped by protesting farmers.

Soon later Union Health Minister Mansukh Mandaviya announced from the venue that Prime Minister Narendra Modi would not be able to address the rally “due to some reasons”.

Mandaviya was in Ferozepur for the foundation stone of three medical infrastructures, including the 100 bedded PGI Satellite Centre in Ferozepur to be built at a cost of more than Rs 490 crore.Union Ministry of Home Affairs however in a statement said that the Prime Minister’s scheduled visit to Ferozepur was cancelled due to “serious security breach”.

“Today morning PM landed at Bathinda from where he was to go to National Martyrs Memorial at Hussainiwala by helicopter. Due to rain and poor visibility, PM waited for about 20 minutes for the weather to clear out.

“When the weather didn’t improve, it was decided that he would visit the National Martyrs Memorial via road, which would take more than 2 hours. He proceeded to travel by road after necessary confirmation of security arrangements by the DGP Punjab Police.