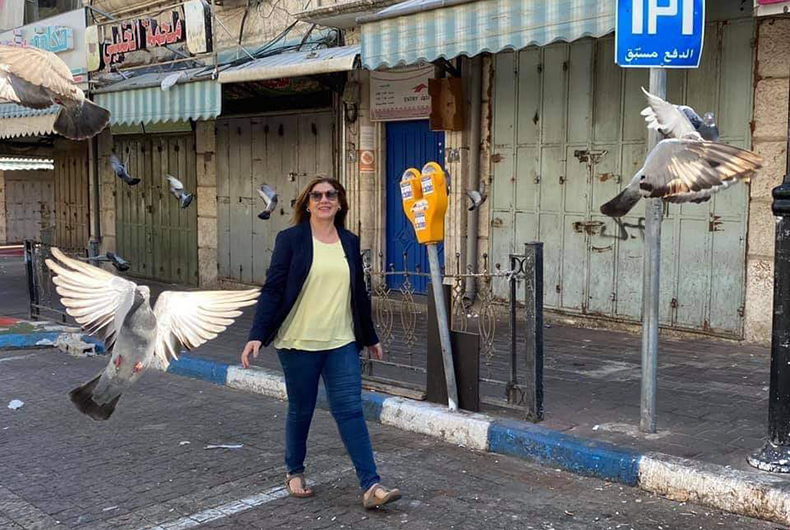 Shireen Abu Akleh, a veteran journalist with the Qatar-based Al Jazeera broadcaster, was killed in the West Bank on Wednesday amid an Israeli raids

Ramallah: Shireen Abu Akleh, a veteran journalist with the Qatar-based Al Jazeera broadcaster, was killed in the West Bank on Wednesday amid an Israeli raids.

In a statement released a littel while ago Al Jazeera said Abu Akleh was “assassinated in cold blood” and called on the international community to hold Israeli forces responsible.

The Palestinian Health Ministry said in a statement that the reporter was shot while covering the Israeli military raid and died shortly after, reports Xinhua news agency.

The Ministry also claimed that another Palestinian reporter was shot.

In a statement, rights group Amnesty International called for an end to Israel’s “unlawful killings” and other crimes of apartheid against the Palestinians.

“The killing of veteran journalist Shireen Abu Akleh is a bloody reminder of the deadly system in which Israel locks Palestinians,” said Saleh Higazi, Amnesty International’s deputy director for the Middle East and North Africa.

The Israeli Army meanwhile, while trying to blame the palestinians for the brutal murder, said it was looking into the “possibility that the journalists were hit by armed Palestinians”.

It however added that it has launched an investigation into the incident.

The raid triggered clashes with armed residents, and “massive fire was shot toward Israeli forces by tens of armed Palestinian gunmen”, said the statement, adding that the soldiers “responded with fire toward the sources of the fire and explosive devices. Hits were identified”.

Meanwhile, Israeli Foreign Minister Yair Lapid tweeted that the Jewish state offered to carry out with the Palestinians “a joint pathological investigation into the sad death” of the journalist.

“Journalists must be protected in conflict zones and we all have a responsibility to get to the truth,” Lapid said.

nextIn a first, WHO warns against unregulated online sale of alcohol