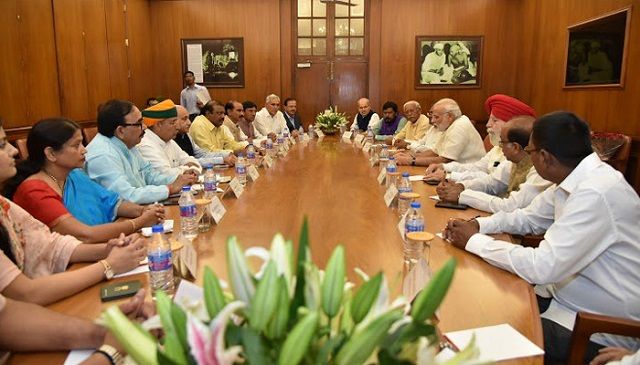 New Delhi : The Union Cabinet on Tuesday approved the continuation of the Swadesh Darshan Scheme during the extent of 14th Finance Commission – ending in 2020 -and beyond, sanctioning Rs 2,055 crore for 60 projects under the scheme to be completed by December 2019.

It also sanctioned Rs 324 crore for six other projects for which “substantial” funds have been released and the projects are to be completed in September 2020.

Swadesh Darshan is a flagship scheme of the Ministry of Tourism under which it is aiming to build 15 thematic tourist circuits across the country.

“Since its launch, the Ministry of Tourism has sanctioned 77 projects for Rs 6,121.69 crores to 30 states and union territories under the scheme and has incurred expenditure of Rs 3,096.14 crore.

“Out these 77 projects, physical work has started on 66 projects sanctioned from 2014-15 till 2017-18. The 11 projects sanctioned in 2018-19 are at tendering stage and no funds have been released, work on 17 projects/ major components of the project is complete and 13 projects have been inaugurated between August 2018 to January 2019,” an official statement said.