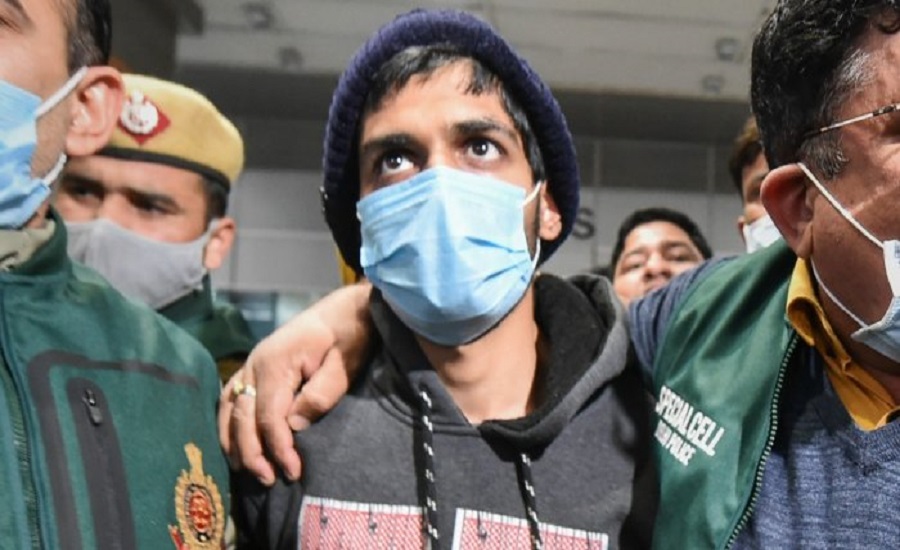 The accused, a student of second-year B.Tech, computer science, is a resident of the Jorhat village of Assam. He was held from Assam by a team of IFSO led by DCP K.P.S. Malhotra

NEW DELHI — A local court has sent engineering student and ‘Bulli Bai’ app creator Neeraj Bishnoi, who was arrested by the Delhi Police from Assam for creating a platform for defaming women of a particular community, to seven-day police custody.

Bishnoi, who is said to be the main conspirator and creator of the ‘Bulli Bai’ on GitHub and the main Twitter account holder of the app has been arrested by IFSO (Intelligence Fusion and Strategic Operations unit) of the Special Cell of Delhi Police.

The Delhi police had demanded seven days’ custody of Bishnoi, who was produced before the deputy magistrate’s house on Thursday.

Accordingly, the magistrate allowed the police for his custody for a week. The accused was held from Assam by a team of IFSO led by DCP K.P.S. Malhotra.

He is a resident of the Jorhat village of Assam and was studying second-year B.Tech, computer science from Vellore Institute of Technology, Bhopal.

According to police, Bishnoi had, in October, had created a list of women whom he wanted to defame online on his digital devices, a laptop, and cell phones. He was tracing women activists all over social media and downloading their photos.

On January 1, this app, which was performing on Github’s space, posted photos of a number of women of a particular religion. These included journalists, social workers, students, and famous personalities. It happened six months after the controversy of Sulli Deals.

Vishal Kumar Jha, the engineering student, was one of the followers of ‘Bulli Bai’, which led the police to him.

Hosting platform Github provided space to ‘Sulli Deals’, and the ‘Bulli Bai too was created on it. Later, after the controversy erupted, Github removed the user ‘Bulli Bai’ from its hosting platform. But by then it had sparked a nationwide controversy.

The app was also being promoted by a Twitter handle with the name @bullibai, with the display picture of a Khalistani supporter.

Bishnoi had also mocked the Mumbai Police, which had begun investigations and made a couple of arrests, to not “arrest innocent people”, through these Twitter accounts.