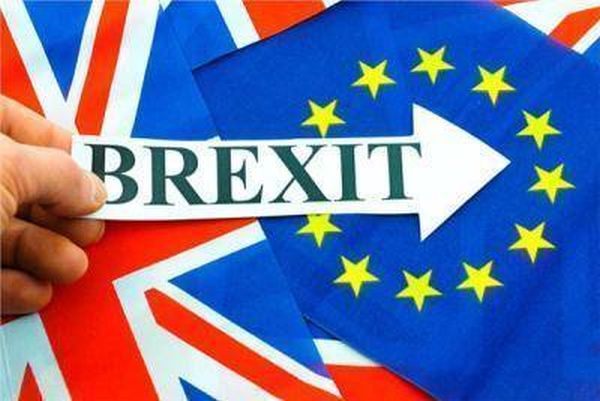 New Delhi : Britain is set to leave the European Union on March 29 and concerns remain across the globe with the financial markets already jittery over the possibility of a no-deal Brexit. For India, experts say, Brexit might have a short-term adverse impact but benefits lie in the long run.
So far, Brexit talks between England and the EU have not been fruitful and there are concerns that Britain might have to leave the Union without a deal which may have severe economic impact including a recession in England.

“..if there is Brexit without a deal then there could be short-term disruption while in the long run, it makes the UK less dependent on the EU giving countries like India an opportunity to negotiate directly with the UK,” said Mayuresh Joshi, Fund Manager Angel Broking.

An RBI report published earlier this month had also noted that the “the likelihood of Brexit in March 2019 could offer opportunities for Indian exporters if bilateral trade agreements are renegotiated”.

Earlier, last year the Bank of England had warned that a no-deal Brexit could send the pound plunging and trigger a worse recession than the financial crisis.

Explaining its impact on the domestic currency, Anindya Banerjee of Kotak Securities said that the no-deal Brexit will have a negative effect on the UK first, it will impact Europe, US, and the emerging markets subsequently.

“An actual no-deal Brexit will impact the rupee only because of the outcome” but if the sell-off continues in pound, the rupee will ramain unaffacted.

There is considerable confusion with respect to Brexit said Gaurang Somaiya of Motilal Oswal but as far as the Indian currency is concerned the impact will be short-term adding that the uncertainty around Brexit is already affecting the currency market.

Brexit has been indentified as a major headwind owing to the strong investment relationship as highlighted by Shaktikanta Das, RBI governor earlier this month, “Brexit is a factor that has repercussions for India’s external sector. There are consequential policy challenges for India which enjoys strong trade and investment relations with the UK and the EU.”

Pointing out India’s strong trade relationship with the UK, Mayuresh Joshi commented that Britain is among the top trading partners for India both in terms of inbound and outbound trade. In pure trade terms, UK ranks 12th in a trade with India but it is important because the UK is one of the seven large nations with whom India runs a trade surplus.

“The Tata Group has already emerged as the largest employer in the UK through its stake in Jaguar Land Rover (JLR). The UK also happens to be a very large market for India’s software exports,” says Josi.

“While the US continues to be the major partner for India by a margin, UK and the EU region collectively account for nearly 30 per cent of India” IT exports and UK apparently is the next big market in terms of exports of pharmaceutical products from India,” Joshi added.

According to a research note by Kotak, “Our checks indicate that clients are budgeting for a year of a slowdown” owing to various factors like external headwinds emanating from a slowdown in the US, uncertainty around Brexit and trade wars.

Experts said that prominent Indian companies have invested in the Auto and steel sector and the presence is also evident in the IT and pharma sector. Indian auto ancillary companies are major suppliers to auto companies across Europe.

Apart from auto and steel where Indian companies have invested in UK, there is a reverse flow from the UK into sectors like healthcare, agritech, food, and beverages.

“Brexit with a deal will disrupt all these flows in the short run but will be value accretive for India in the long run,” said Mayuresh Joshi, Fund Manager Angel Broking.

“The impact of a no-deal Brexit may have catastrophic implications for not just the European heartland, but for the wider developing world in general,” said Natasha Mudhar, Advisory Board Member at the Commonwealth Enterprise and Investment Council (CWEIC).

In a recent survey said Mudhar German Development Institute found, the impact of a no-deal Brexit can push nearly 1.7 million people from developing countries into poverty. trade and investments.

(Ravi Dutta Mishra can be reached at ravidutta.m@ians.in)