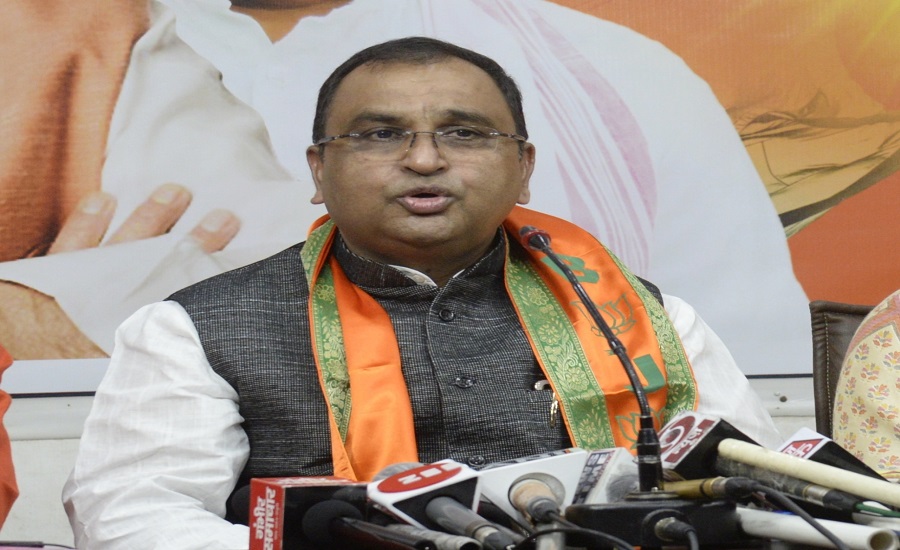 BJP minority morcha is urging the party to field around 15 Muslim candidates in Uttar Pradesh, about 05 in Uttarakhand and Punjab, and 01 in Manipur

New Delhi: While the process of finalisation of candidates has started, the BJP’s minority wing has asked the party leadership to give tickets to Muslim candidates in the assembly polls in all the states.

The BJP minority morcha is urging the party to field around 15 Muslim candidates in Uttar Pradesh, about 05 in Uttarakhand and Punjab, and 01 in Manipur.

The Bharatiya Janata Party’s minority morcha national president Jamal Siddiqui told IANS that it is time to increase the representation of Muslims in electoral politics and the BJP is working on it.

“There are many seats with a sizeable Muslim population in all the poll bound five states. We urge the party leadership to consider fielding Muslim candidates in at least 15 seats in Uttar Pradesh, 05 in Uttarakhand and Punjab, and 01 in Manipur”, Siddiqui said.

“In Goa, Christians have adequate representation in the party and we urge the leadership to consider giving 01 ticket to a Muslim,” he added.

According to Siddiqui, the BJP can field Muslim candidates in Sambhal, Moradabad, Meerut districts of western Uttar Pradesh and some seats in Awadh and Braj region of the state.

He mentioned that in last year’s West Bengal assembly poll, the BJP had fielded Muslim candidates and they had performed well.

“We are also recommending names of Muslim candidates for assembly polls in five states also. People blame the BJP for not giving tickets to Muslims, which is not true as tickets are given on the winnability of a particular candidate based on other electoral factors. We have started working to improve or increase Muslim presence in electoral politics,” Siddiqui said.

He pointed out that the representation of Muslims in electoral politics has declined over a period of time and that needs to be corrected.

“We are preparing Muslim workers of the party as potential candidates. The work also helps in strengthening the organisation in the future and increase the representation of Muslims in electoral politics from ‘Panchayat to Parliament’. It will also silence the opposition who always says that the BJP does not give tickets to Muslims,” Siddiqui added.

nextEx-BJP Minister Maurya laughs off warrant issued against him