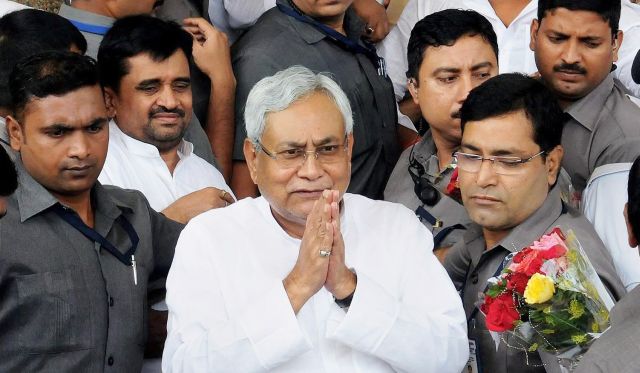 Elections are due in Bihar before November and there is a full scale preparation is going on in the state, even though the election commission has not announced the dates.

However, the upcoming election in November in Bihar will be probably the first election when any VS or a winning formula will not figure as prominently as earlier in Bihar.

There reports suggest that CM Nitish Kumar in his current tenure has not been up to the mark. His performance has fallen much below the people’s expectations.

Some complaints against the Bihar CM are; deteriorating law and order situation, weak grip over administration, lack of health infrastructure, Covid 19 being uncontrolled, migrant workers sufferings, no investment in Bihar besides others.

As the state elections are being held in Bihar, two other things heavily impinge upon the electoral fortunes of the Bihar CM. One is the annual floods in Bihar that causes colossal damage every year in the state and second is the COVID-19 situation which is worsening with each passing day in Bihar.

Bihar election will be held to test the Modi wave in India. It is being held amidst the pandemic that has a negative pull, and in the post Ram temple Bhoomi pujan phase that has a positive pull.

It means how much BJP is an asset or a liability to Nitish Kumar that will be on the test?  The simple logic is some 50 lakh workers who walked from different places of India to Bihar during lockdown will be tested? Whether they will vote against their sufferings architected by Modi or will they still swing the votes in favor of ‘JSR’ slogan.  In case of negative voter rumblings, where Nitish Babu will look for cover this time?

Given the situation in Bihar, will Nitish Kumar survive the electoral heat at a time when pandemic and floods are looming large over the state? Will he his image being a person who delivers good governance in 2020?

Nitish Kumar has two aces on his sleeves. One advantage he has is due to the state’s melting pot culture, where each caste is set on its own temperature to melt in Bihar. And here Nitish Babu has his hands on the pulse of Bihar’s caste arithmetic or electoral arithmetic which he can manage well.

So these two factors can overwhelmingly favor the fortunes of Nitish Kumar. However, the fact remains that there is no decisive mandate that right now looks bright on the ground. Can more searchlights be thrown on it…

Syed Ali Mujtaba is a journalist. He can be contacted at syedalimujtaba2007@gmail.com