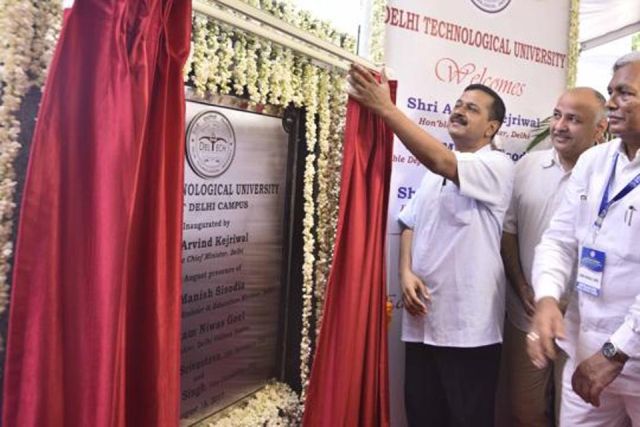 New Delhi : Delhi Chief Minister Arvind Kejriwal on Thursday urged the students of an engineering university to not just get a job but also become a job creator.

“I hope that you people will not only get a job but will become a job maker. Each one of you has to create at least 10 jobs,” Kejriwal said while addressing the students at the orientation programme of the Delhi Technological University (DTU) here.

He also emphasised on the potential of the youth and why they should not just support one political party but critically analyse politics in the country.

“Democracy is about people and for that democracy to run, our youth should take interest in politics,” Kejriwal said.

“Don’t join a party but observe, read and understand whose politics is right and whose is wrong. Be critical in your choices,” the Aam Aadmi Party (AAP) national convener said.

Meanwhile, Deputy Chief Minister Manish Sisodia, who accompanied Kejriwal at the programme, assured the students at DTU that all their education loans or any other education-related financial problems will be taken care of by the government.

“If the child is below poverty line (BPL) or even slightly above BPL, the government has arranged a scholarship of 25 to 100 per cent for that student,” he said.

Sisodia further assured that if a student requires any kind of loan for his/her studies, then the “government will arrange for that too”.

“You do not worry, the government will guarantee your education. You will get a loan of up to Rs 10 lakh, which you can pay after 15 years of job,” he said.