Nearly 70% of Syrian population was in need of humanitarian aid before quake: UN 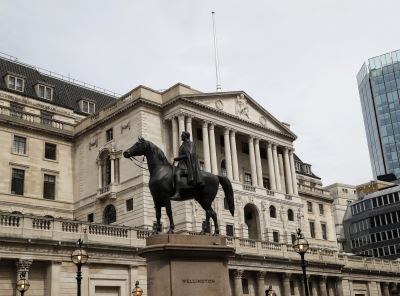 The Bank of England (BoE) said that it “will not hesitate to change interest rates as necessary” after the British pound plunged to its lowest level against the US dollar since decimalisation in 1971.

London, Sep 27 ,2022: The Bank of England (BoE) said that it “will not hesitate to change interest rates as necessary” after the British pound plunged to its lowest level against the US dollar since decimalisation in 1971.

It will make a full assessment at its next scheduled meeting of the impact on demand and inflation from the government’s announcements, and the fall in sterling, and act accordingly, the central bank said in a statement on Monday while dampening the prospects of an emergency rate rise to shore up the pound.

On Monday, the pound tumbled more than 4 per cent to trade as low as $1.035 in early Asia trading, taking it closer to parity with the dollar, though the British currency later rose above $1.08, reports Xinhua news agency.

In the wake of the BoE statement, the pound slid again below $1.07.

Also on Monday, the UK Treasury said it will set out a medium-term fiscal plan in November, along with an Office for Budget Responsibility forecast.

The fiscal plan will provide further details on the government’s fiscal rules, including ensuring that debt falls as a share of gross domestic product (GDP) in the medium term, the Treasury noted.

The 45-billion-pound package is the biggest tax cut since 1972.

Following the announcement, the pound fell more than 3 per cent to a 37-year low against the dollar as investors worried that large-scale tax cuts would ramp up public borrowing, bring much fiscal uncertainty and push up already high inflation.

Commenting on the huge market volatility, Kwarteng said on Sunday that there was “more to come”.

“I want to see, over the next year, people retain more of their income, because I believe it’s the British people that are going to drive this economy,” he said.