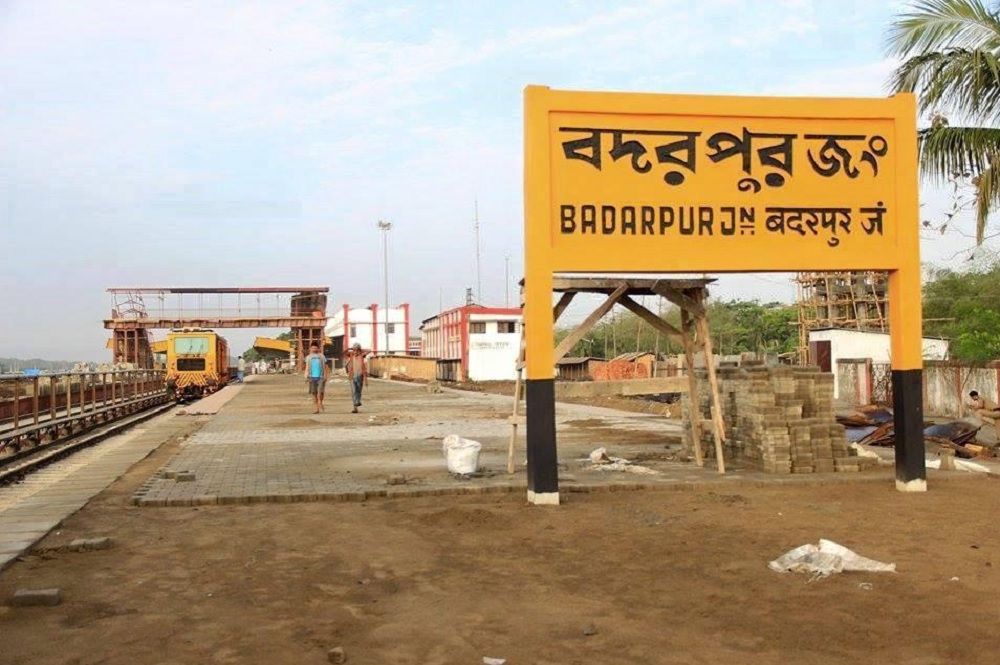 A young boy, may be at age 10 or 11, requests his elder brother to accompany him to Badarpur. His brother denies saying, “You are too young to attend such a big gathering…” The boy then uses his mother’s power and influences the elder brother to ultimately take him along but with lots of dos and don’ts. The young boy goes out for the first time to watch a sea of humans gathered at one place.

That was the first time, in my memory, that I saw and visited Badarpur which carries marks in me till date. Badarpur is a small township and the genuine junction point of Assam’s Bengali populous Barak Valley region. Historically the Muslims of Barak Valley always have been the forerunners in North East India as social, religious and political stalwarts. This prestigious position is no more with them and there is an acute leadership crisis among Muslims of Barak Valley for last at least two decades.

The big human gathering was at the famous NC College ground of Badarpur. Jamiat Ulama-e Hind had called for a mega conference to protest against something, which I recall now was the infamous Nellie massacre and inhuman treatment of Bengalis in the Brahmaputra Valley of Assam. It was in early 80s, I’m sure, before Prime Minister Indira Gandhi was murdered.

My first encounter with Badarpur was simply awesome. We were on board a reserved bus, arranged by the local Jamiat unit from Bagarshangan, a place at North Karimganj LAC, touching international border with neighbouring Bangladesh, and the first site which caught my heart at Badarpur was the Adam Khaki Mukam (a shrine). Hazrat Shah Adam Khaki, also known as Khaki Pir (ra), was a 14th-century Sufi figure in the Sylhet region. In 1303 CE, he took part in the Conquest of Sylhet (now in Bangladesh) led by Hazrat Shah Jalal Mujarrad Al-Yemeni (1271 – 1346 CE), which arguably introduced Islam to that vast part of land in India.

Beside other jewels and historic figures, buried under the soil of Badarpur, two dynamic and most shining heroes that Badarpur has produced and we are the living examples as witnesses, are Hazrat Shaikh Ahmad Ali (1915 – 2000) and Hazrat Maulana Abdul Jalil Chaudhury. The duo were disciples of Shaikul Islam Hazrat Maulana Syed Hussain Ahmad Madni (1879 – 1957 CE), veteran freedom fighters from Assam, great scholars, reformists and life changing social and educational activists in the whole of Northeast India, were also from this small township called Badarpur.

Badarpur has been in my visceral ever since that gala Conference of Jamiat at NC College, which most probably was in late 1983, when I made the first conscious meeting with this trijunction abode of saints and sages at the bank of River Barak, which crisscrosses National Highways 37 and 53 as well as Indian Railways into the region and beyond the state of Assam. I have always been watching this Badarpur as an admirer – who might fall in love with the place at the first sight, while sitting in buses and trains when I used to travel as a student beyond Assam and I still do so while passing by the township to catch a flight from the only airport of Barak Valley – Kumbhigram – near Silchar, when I am at my 50 now.

Of late, Badarpur is changing and this changing is encouraging. I have gathered all this physical being of mine, breathing in that atmosphere of Barak and Kushiyara rivers and we all owe to our native places but we are not always that fortunate to be able to pay back what we dream to do. We can’t pay back anything to our mothers and even parents for what they did for us. Similarly it’s always not feasible as well as not possible to return what your native place or alma mater have offered you to shape you as a better human being, although you wish to…

A few years ago when I was visiting Al-Islah National Academy, an English medium school at Badarpur, I have categorically stated then, that Badarpur has the potential to be the educational hub for entire Barak Valley region. Its geography, its people and its history all are just fit to build it as an education friendly township where both religious and secular educational institutions from KG to PG may flourish side by side. It can be developed as a coaching hub for competitive exams like Kota of Rajasthan which will bring revenue, name and will enlighten whole Barak Valley with positive lights. Students from neighbouring Tripura and Manipur may find it a cost affective alternative for competitive coaching, if it is groomed smartly.

We are pleased to observe this is happening although with very slow pace. Badarpur is growing and Badarpur is inviting positive changes in it. Thanks to all those generous, hard working and philanthropist souls from Assam who are working day in and day out to put Badarpur and Barak Valley in the educational map of India. We may stay far but it’s joyous to keep an eye on effective developments back home. It’s soothing to watch beautiful signboards and banners at roadsides as well as in social media platforms inviting admission or showcasing achievements by Beacon Jr. College, Al-Ameen Academy, Al-Islah National Academy or Progressive School et al. The latest social media post which infuses eagerness in me to key-in this piece of write-up has been the poster for
Paragon Super – 30. Earlier there were announcements from ERD Foundation for Vision – 50 Academy and from Ajmal Foundation to open up Ajmal Super – 40 facilities at Badarpur. All these are good signals for Badarpur and whole of Barak Valley.

I am sure, more schools, madrasas, colleges and coaching institutions will come up next at Badarpur. Badarpur may see a state of the art private university soon – in next 10 – 12 years, is my intuition only. There will be competitions, there will be challenges but all these will be for better. Thus, Badarpur is changing and it will change for better. Kudos to all those who are part of this change now and will be the torch bearers for an expected educational revolution in the Barak Valley region which consists three districts – Cachar, Karimganj and Hailakandi of Assam, the populous northeastern state of India.
————————————

previousAyesha Noor honored with the prestigious A One Global TV Award