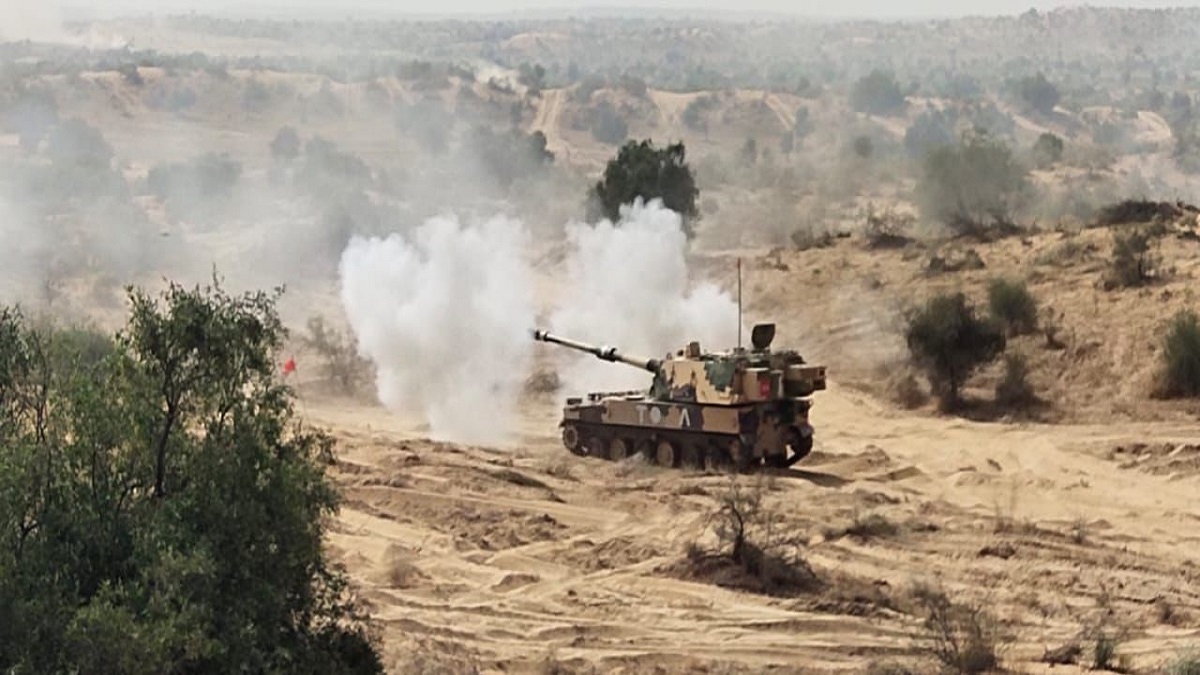 The exercise witnessed use of multifarious firing platforms in an integrated manner involving both ground & aerial manoeuvres.

The important facet during the exercise was towards employment of all resources, including IAF and aviation assets, in an integrated manner with combined arms approach to war fighting.

The devastating effect of fire power was visible at the target end along with the ground manoeuvres executed by the mechanised forces.

While lauding the standard of training of troops, SW Command chief, Lt Gen A.S. Bhinder,appreciated the participation & synergy amongst various combat & combat support arms. He also commended exploitation of capability of indigenous platforms inducted as part of the ‘Atma Nirbhar Bharat’ or ‘Make in India’ initiative.

Furthermore, he reiterated the need to constantly explore new fighting methodology and enhancement of its own capability to fight future wars, while complimenting all the participants for showcasing high standard of operational effectiveness & exhorted them to strive for highest standards of operational preparedness.