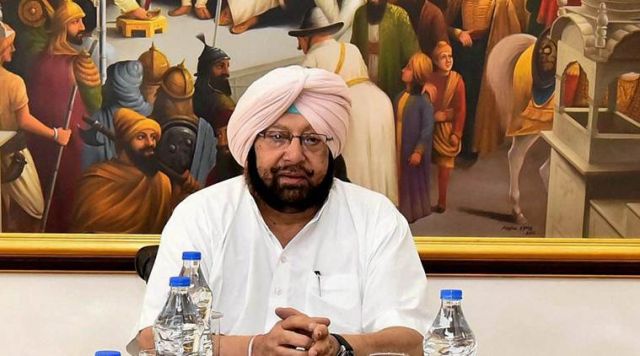 Chandigarh : Two years ago, when the Congress party was losing elections and the Bharatiya Janata Party (BJP) was surging ahead on its theme of making a ‘Congress Mukt Bharat’ (Congress-free India) a reality, one leader stood up, reversed the trend and delivered when the party was in the dumps at the national level.

Punjab Chief Minister Amarinder Singh won the state for the Congress in the February 2017 assembly election with a thumping majority and gave the leadership hope that the BJP onslaught could be checked.

Known for taking a clear stand on issues, even if it means commending the actions of his political opponents, Amarinder Singh spoke to IANS on national and state issues.

Q: You halted the BJP’s march towards a ‘Congress Mukt Bharat’ by winning Punjab with a thumping majority. What do you have to say to Prime Minister Narendra Modi and BJP President Amit Shah today?

Amarinder Singh: That it’s important to feel the connect with the voters, and feel the pulse of the people. Elections aren’t won on slogans, unless people can relate to those slogans. That means that promises are meant to be kept. In Punjab, the SAD-BJP regime had failed, in 10 years, to deliver on their pre-poll promises. So the people of Punjab rejected them.

Another message that the Punjab Assembly elections sent out, and which I think PM Modi and the BJP president should have read, is that the democratic, constitutional and secular fabric of our nation is much bigger than any vote bank. The people of Punjab did not want divisiveness, they wanted progress, and voted for that. In its bigger manifestation, the same applies to the nation.

That is why every political party needs to respect the spirit of the Constitution and the sentiments of the people if they are to win, and win again.

Q: How do you expect the Congress to fare in the coming Lok Sabha polls since it is not in a strong position in states like Uttar Pradesh?

Amarinder Singh: The Congress, under Rahul Gandhi, is fully geared to win, and win resoundingly. After what happened in (last year’s assembly) elections in Rajasthan, Madhya Pradesh and Chhattisgarh, any political party that writes off the Congress would do that at its own peril. And any political pundit who thinks Congress is not in the game would be doing an injustice to his/her own intelligence and acumen. There is a palpable change in the mood of the people across the country, and even more so in Uttar Pradesh since Priyanka Vadra’s formal entry into the political arena.

Q: Punjab is under a debt of over Rs 2 lakh crore. What is the Centre’s response to your demand for a relief package? How do you plan to take Punjab out of the debt trap?

Amarinder Singh: The Centre, unfortunately, has not been forthcoming with help and we’re left fighting a lone battle. I have personally met the Prime Minister to seek settlement of the Rs 31,000 crore legacy debt which we inherited from the previous government but even that issue has not been resolved, though the 15th Finance Commission has responded to our pleas and set up a committee to address the problem on priority. I hope that works out and we get the much-needed support from the Centre.

Having said that, let me tell you we, in the state, are stretching ourselves to the maximum to resolve the issue. Streamlining of revenue, curtailment of non-essential costs, besides more prudent approach to budgeting and expenditure are just some of the ways we’ve managed to ease the pressure, and we shall continue to do so in the coming months. Of course, this is a tough and long-drawn process but unless the central government comes to our rescue, we have no other option.

Q: Does the Congress face a threat from SAD and AAP in the coming elections?

Amarinder Singh: I don’t think anyone sees either SAD or AAP as any kind of threat. Both the parties are split down the centre, with no clear leadership in command. They are like rudderless ships, with no concrete agenda, no issues to talk about, and nothing to offer to the people of Punjab. The people rejected these parties two years ago, and in these two years the two parties have gone further downhill, with no hope of revival in the near term.

(Jaideep Sarin can be contacted at jaideep.s@ians.in)

nextFacebook, Telegram working on their own cryptocurrencies