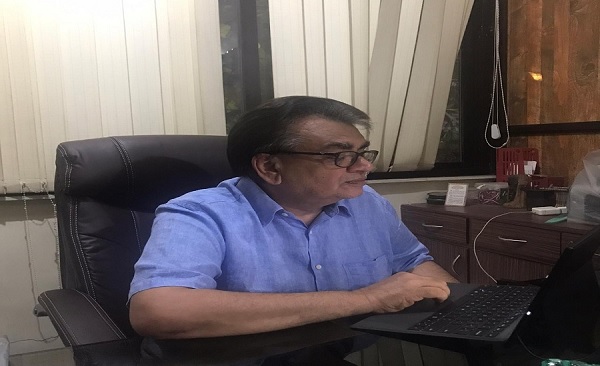 The prominent lawyer and activist, who has been involved in several cases representing the under-privileged and victims of riots and those targeted by communalists, is often pitted against governments both at the centre and in the states. An exclusive interview with Desai

An activist and a top lawyer, Mihir Desai is an extremely busy person. Getting a quote from him, or a detailed briefing on a specific case is quite a challenge. But the lowkey lawyer is always patient, listening to journalists and unmindful of even late-night calls, which this correspondent has been guilty of doing quite often.

The human rights activist has been involved in several major cases over the years, pitted against powerful government and political leaders across India. But he is unfazed by the enormous challenges and stands up to the high and mighty with phenomenal courage. “I feel it is my duty as a lawyer to help those who require it the most,” Desai told Clarion India in this exclusive interview. “And unfortunately, many times they are the targets of the establishment, both the Centre and the State.”

Despite the challenges that he confronts almost on a daily basis, Desai says he enjoys his work tremendously. “Any criticism from the Government is seen by me as my having done my job well,” he points out. “I feel in order to be effective in the human rights field as a lawyer in addition to passion one also needs to be a capable lawyer.”

Excerpts from an interview this correspondent had with Desai:

What are the most memorable or transformative cases that you’ve been closely involved with over the years?

There are several such cases that I’ve been involved with. The Olga Tellis case in the Supreme Court became famous as the right to life of slumdwellers was recognised for the first time. While I did not argue the case myself, I was assisting Indira Jaising (the leading, internationally-recognised lawyer) during the case and the development of Constitutional arguments was very interesting. I realised the importance of interaction of legal strategy with organisational work. While the case was going on, I was involved in mobilising and organising the very pavement dwellers and slum dwellers for whom the case was being fought. So while the days were spent in discussing legal strategies, the evenings and nights were spent on footpaths of Mumbai organising and mobilising the slum dwellers and forming ground level strategies with them including holding street corner meetings, taking out morchas, organising protests, etc. Following this of course I have been handling a large number of housing rights cases against demolitions and rehabilitation.

After the Gujarat carnage of 2002 I have been involved in a large number of cases including Zakia Jafrey’s case against Narendra Modi and others right from the Magistrates Court till the Supreme Court. Besides, I have been involved in a number of cases which reached the Gujarat High Court as also at some stages in trials against those involved in the murders. We have been able to get conviction in a large number of cases. In addition, the Gujarat Government was repeatedly targeting Teesta Setalvad by filing various false cases against her and I have been her lawyer in the cases concerning anticipatory bail. The Gujarat cases have made me realise how difficult it is to deal with a hostile government and prosecution and it gives so much satisfaction even to get small victories; and just keeping Teesta out of jail against the might of the authorities has vindicated my belief that at times legal battles if properly fought can yield good results.

Similarly, the case against Amit Shah in the fake encounter killing of Sohrabuddin with all its complications including death of Justice Brijgopal Harkishan Loya and its aftermath have been enriching though not successful.

Presently, the Bhima-Koregaon cases (in Maharashtra), some of which I am handling, are extremely challenging. The UAPA (Unlawful Activities)  Act under which on the basis of flimsy evidence they are charged is extremely draconian. It is a daily uphill battle dealing with sealed cover evidence, computer technology and its use and misuse.

Amongst some of the anti-corruption cases which I have handled, the one which comes to mind is the case against Kripashankar Singh a Congress Party higher up (and a former junior minister in Maharashtra) against whom I filed a petition in the Bombay High Court, which directed an FIR to be lodged against him, and attachment of his assets.

Another case I remember the most concerned the forest rights of tribals in Thane District, where we were able to get protection from displacement for thousands of Adivasis coupled with recognition of their rights to the land they were occupying.

And also the Khwaja Yunus case, when custodial death took place and because of the petition filed in court, four police officers were arrested and Rs20 lakh was ordered to be paid to the mother.

Could you take us on a journey down your legal career?

I completed law in 1983. But even before I started my legal studies I joined my maternal uncle’s solicitor’s firm, Dhru & Co and worked there for a few years. It was an excellent experience especially familiarising with the legal procedures and also important because my uncle believed in giving responsibilities which one was required to carry out no matter what. I of course regularly went to the High Court and City Civil Court but not as a full-fledged lawyer. I passed my law when I was working with my uncle’s firm, but my own interests were quite different from those required in a commercial law firm.

Both my parents were professors of sociology. My father was considered one of the leading Marxist sociologists during his time. While he did not have any long-term political party affiliations, he was known to be an important independent thinker and we had a large number of intellectuals visiting our house for discussions and debates. He was also an avid reader and his day used to begin at 4am and used to insist that mine also begin at that time. He would insist that I should get up early and read no matter what. My interest in reading all kinds of stuff dates back to my childhood. At one time he was involved in trade union movements and as I was doing my law, I also joined a trade union (United Trade Union Congress – UTUC), which was mainly working with textile and silk workers in Mumbai.

Were you always keen on entering the law profession?

As I was doing law I came in touch with Indira Jaising, the leading human rights advocate at that time and I started working with her after I completed my law. I also got involved in organising slum and pavement dwellers in Mumbai. Soon after, with Jaising in the lead we started an organisation called Lawyers Collective and a magazine of the same name.

I joined law only because I did not know what else to do after graduation, but I sustained and my interest developed soon after as I realised that my interest in the poor and marginalised can be best expressed through law and legal practise.

By 1986, three of us – Colin Gonsalves, Gayatri Singh (both of whom are also senior advocates) and I – who were then working in Jaising’s office left to start our own. Because all of us came from civil society movements it was not long before we could establish our practise in various issues such as housing rights, labour and service law, matrimonial law and slowly into the developing fields of public interest litigations and human rights work of all kinds. I also used to go regularly to the labour courts where I was representing Dr Datta Samant’s and other unions.

In 1989, two colleagues and I started Human Rights Law Network and the India Centre for Human Rights and Law in Mumbai, of which I was the director till 2007. I was also the cofounder in 1992 of the Indian Peoples Tribunal, which was an organisation meant mainly to do fact findings on human rights violations. So a large part of my time (other than legal practise) goes into these fact finding missions and tribunals including those in Kashmir, Odisha, Madhya Pradesh, Jharkhand, Maharashtra, Gujarat and many other places.

Besides law, what are your other interests and hobbies?

I have a wide range of other interests including reading all kinds of books including on philosophy, economics, politics, history and crime fiction. I used to be an avid trekker once but that is in the past. I am also very active in the human rights movement and am the national vice president of the People’s Union for Civil Liberties (PUCL), which also takes up quite a lot of my time.

I am an eternal optimist so while trying times are there, frustrations are few. For me my international idols are people like Che Guevara, and I do find every aspect of life being discussed somewhere or the other by Shakespeare.  Amongst Indians of course there are many including my parents, Dr B.R. Ambedkar, but most of all I get inspiration from those whom I see around me who are part of varied mass movements and battling out despite huge odds. I admire and highly respect a lot of people in the legal profession but none whom I can call my idols.