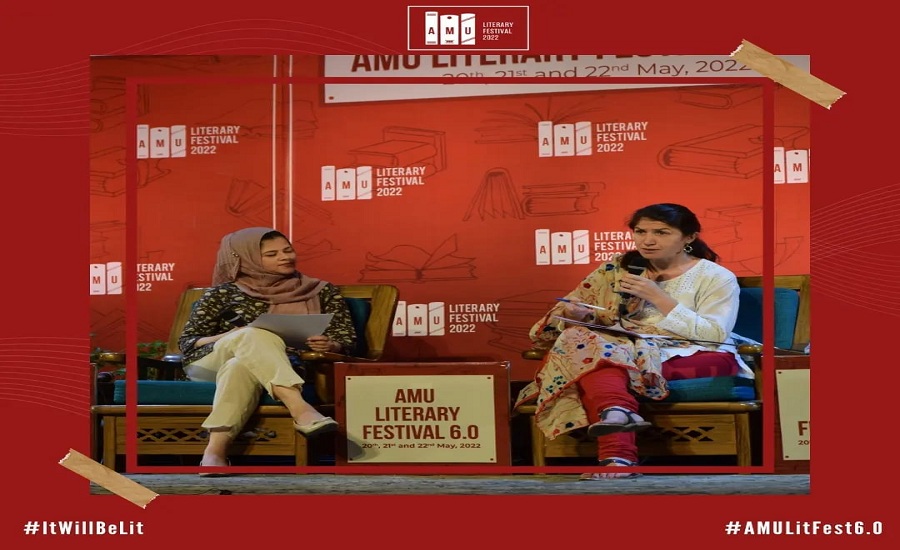 The organisers of the festival — University Debating & Literary club (UDLC) — said that they received a notice from the varsity’s Cultural Education Centre on Saturday morning reading: “Due to unavoidable circumstances the events of 21 & 22 May 2022 of AMU Lit Fest, is hereby postponed till further order”

NEW DELHI – A three-day literary festival being orgaised by the students at the Aligarh Muslim University (AMU) hit the roadblock on Saturday morning when the varsity’s Cultural Education Centre cancelled the event citing “unavoidable circumstances”. However, the students struck a defiant note by camping outside the venue — Kennedy Hall — and forced the administration to revoke the cancellation notice.

“We held a meeting with the proctorial team demanding to allow the event which yielded the fruits,” Sajid Bhukhari, a member of organising team and a law student said,

The organisers of the festival — University Debating & Literary club (UDLC) — said that they received a notice from the varsity’s Cultural Education Centre on Saturday morning reading: “Due to unavoidable circumstances the events of 21 & 22 May 2022 of AMU Lit Fest, is hereby postponed till further order”.

Sabeeh Ahmad, a second year BA LLB student, who is the secretary of the club, said the first day of the event concluded successfully with speeches and panel discussion from guests “but in the night the university’s proctor without giving us a reason asked us to reschedule the event and in the morning we were served this notice.”

He further said the administration officials verbally cited the law and order situation but “we had ensured a smooth event from our end”.

“Some guests were at airports waiting to board the flights while a few were waiting at the guest house. It is a very big moment for the university that Prof. Raghuram Rajan was going to speak. He is in Chicago and he has agreed to join us online.” Rajan is a former governor of Reserve Bank of India

Journalist Aditya Menon who delivered a lecture on Friday at the festival called the cancellation “extremely disheartening” as he asked the students to know “why is it being postponed/cancelled?’

Some reports said the administration took the decision in view of covid protocol claiming that 10,000 people assembled in the hall but organisers rejected this explanation saying it is not possible to gather as many people given that the auditorium has capacity of only 1500. “This is a lie,” said Bhukhari, a member of UDLC and a law student, referring to claims in a media report.

Clarion India approached AMU PRO Prof Shafey Kidwai for a comment but he dropped the call after hearing the question.  The students say they were ready to go ahead with the planned schedule “if we have to sit in the open in the scorching heat”.

On day one, Menon delivered the festival’s inaugural lecture on the current Indian political landscape. Dr laurance Gautire, a French academic, spoke on the historical aspect of universities as spaces of dissent. There were also two discussion sessions of Urdu literature. The day ended with a Musical performance that left the audience enthralled. Notably, the Pfo Kidwai also took part in one panel discussion.

The festival is being organised after a gap of two years due to Covid-19 pandemic. . It was last held in 2019. The students spent three months preparing for the event. “Usually the administration would also contribute monetarily to make the festival happen but this time they said they do not have funds so it is all being funded by students and alumni,” Bukhari said.

The organisers say while they were not given any reason behind the decision, they feel the administration is under pressure to cancel the festival.

“I guess they did not want us to discuss issues and policies which are very important for us and the whole society. For instance, we had planned a discussion on the economy, minorities,” said Bukhari. “But AMU has always been a space of academic and political dissent.”

nextKCR, Kejriwal Teaming up for Anti-BJP Front minus Congress