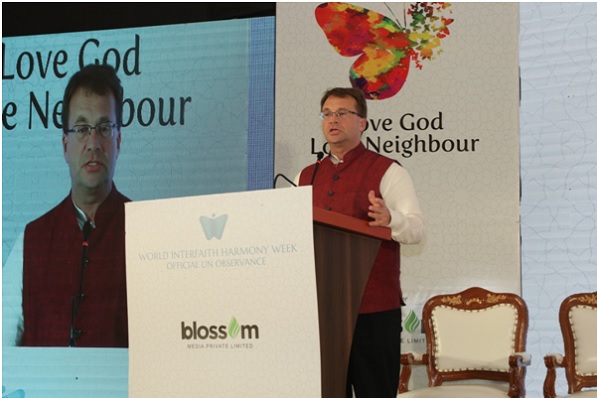 Mumbai: Acknowledging the need of interfaith harmony and unity, heads of major religions came on one platform at ‘Humanity First Conclave’ on the call of Blossom Media Pvt. Ltd. The event was a support to the initiative of King Abdullah II of Jordon and to the resolution of United Nations to mark first week of February as World Interfaith Harmony week.

The Conclave took place on 3rd February at NSCi, Worli, Edgard D Kagan, US Consul General in Mumbai attend the event as a support to the cause. Speaking at the event as guest of honour, Edgard D Kagan said, “Every religion teaches compassion and love with neighbours”. He also quoted the names of religious scriptures.

Concurrent to Humanity First Conclave, people working for society and harmony were honoured with Mumbai Heroes award by the hands of Edgard D Kegan. 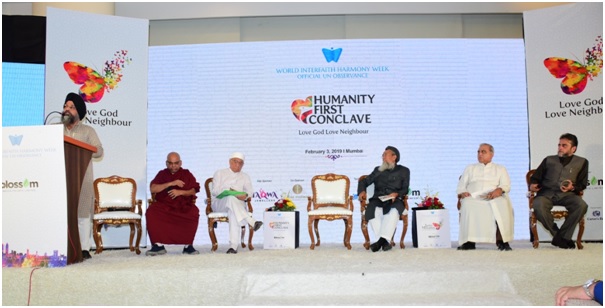 All the religious heads on the panel recited verses from their respective scriptures teaching respecting human they all spoke about harmony as the key source of peaceful co-existence in the era of conflict and ego tussle. 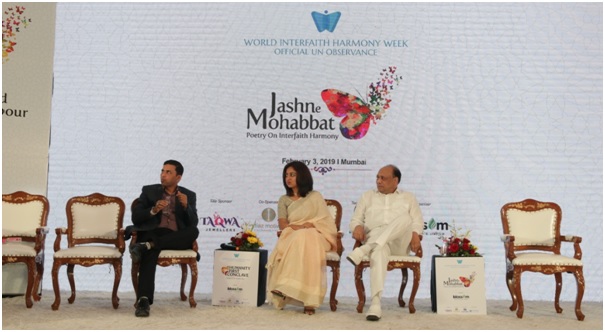 Dr. Huzaifa Khorakiwala; spoke in detail about his work and importance of interfaith harmony. 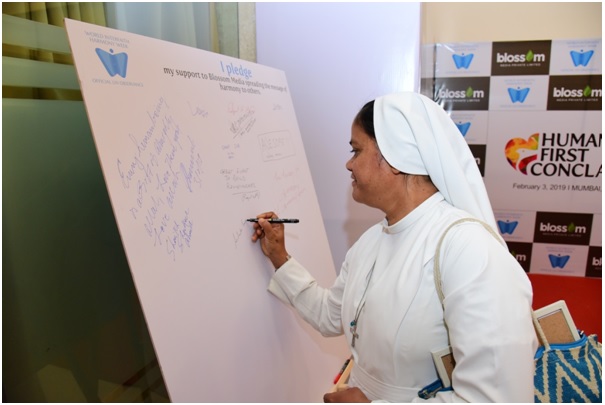 The event by Blossom Media was well supported by various city based NGOs. Apart from the talks and sharing of religious gurus, other events were also been curate in the conclave to support the humanity cause.

Signature board was installed where all the dignitaries and audience signed to support and carry the harmony work. 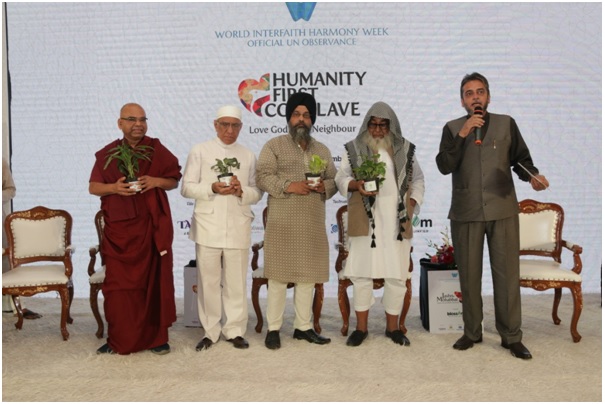 Distribution of harmony Plant was undertaken to further convey the message of unity and peace.

Hindu follower, Vijay Ahluwalia, one of the recipient of Mumbai Heroes award said, “It’s an important event I have signed the pledge to do whatever I can to support and propagate the cause of interfaith harmony”.

Principal Sirajuddin Choughule of Maharashtra College and practising Muslims said, “Such events are of great importance and is the need of the hour as a principle of my college I will see that my students actively participate in such activities in near future”.

Inspired by talks of the religious heads, Buddhist follower, Deepali Vandana, said “I will through my NGO ‘Urja Trust’ also organise regular events on interfaith dialogue.”

Sikh follower, Jaspreet Singh, said “I am impressed by the efforts taken by Blossom media to make this event a grand success; I can see that many influential people from various faiths have come to attend the event, the religious heads have spoken at length about the need of interfaith tolerance and harmony.”

Christian by religion, Melwyn Augustine, one of the attendee said, “As communicated by organisers I have here to attend the event with friends of other faiths I am here with my Muslim friend and neighbour”. He further maintained that sitting together and having dinner with people of different faith and enjoying the cuisine of different religion creates a feeling of sense of belongingness.

On asked about one positive that he takes from this conclave, Zoroastrian follower, Sarosh Panthaki said, “I will make more friends from other faiths to show my support to this event”.

In order to spread the message of Harmony among the school and college students and have their active participation, Blossom Media had also announced a competition on Harmony message among various educational institutes of the city, among hundreds of entries four of the best were selected and honoured in the event from the hands of major Mohammed Ali Shah.

The conclave concluded with harmony dinner where cuisine of various faiths was served.