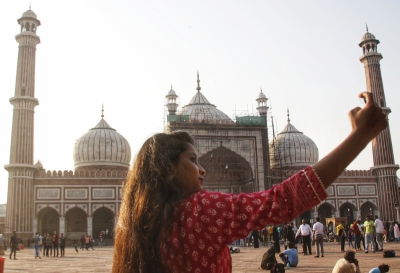 The administration of Delhi’s historic Jama Masjid has agreed to revoke the controversial order banning the entry of women into the mosque.

The administration of Delhi’s historic Jama Masjid has agreed to revoke the controversial order banning the entry of women into the mosque.

A source at Raj Niwas said that Imam Bukhari agreed to revoke the order after Delhi Lt Governor VK Saxena spoke to him.

Earlier in the day, the Jama Masjid administration placed sign boards outside the mosque that read in Hindi, “Entering into the mosque for one girl or girls alone is prohibited”. The sign boards were installed outside each of the mosque’s three entrances.

The source at the Raj Niwas said that Delhi LG Saxena spoke to Imam Bukhari and requested him to rescind the order. Imam Bukhari agreed to withdraw the order with the request that visitors respect and maintain the sanctity of the mosque.

Meanwhile, taking a strict view of this gender discrimination, Delhi Commission for Women Chief Swati Maliwal said that this is a shameful decision and against the Constitution.

Terming this as Talibani behaviour, Maliwal said that we have issued a notice to the Imam. The decision to stop the entry of women into Jama Masjid is absolutely wrong. No one has the right to ban the entry of women like this. In any case, the ban will be removed, she added.