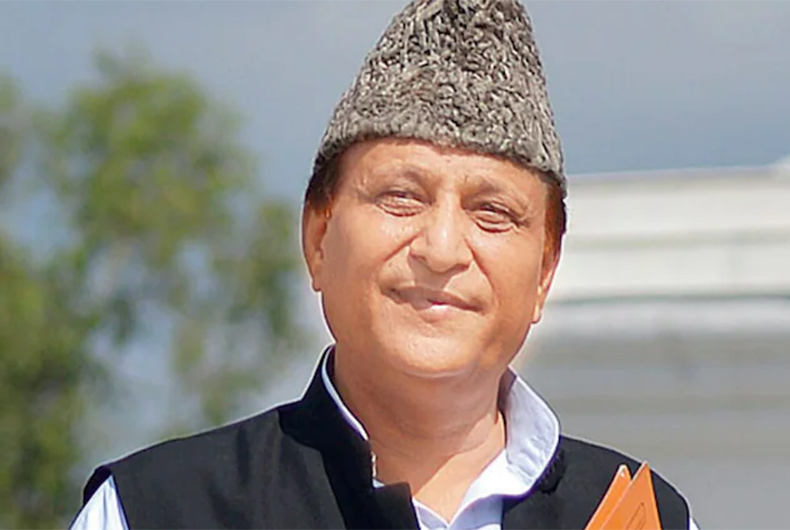 New Delhi: The Supreme Court on Wednesday told Uttar Pradesh that probably a pattern is emerging in the case of Samajwadi Party leader Azam Khan – that whenever he gets bail, he is sent to jail in some other matter.

The top court directed the UP government to file its response on a plea filed by Khan over delay in hearing of his bail application in a land grabbing case.

A bench headed by L. Nageswara Rao said: “What is this? Why not let him go?”

The bench, also comprising Justices B.R. Gavai and A.S. Bopanna, told the UP government counsel that Khan has been in jail since two years, and in one or two cases it is okay, but it cannot be in 89 cases.

“Whenever he gets bail, he is again sent to jail in some other matter. You file a reply. We will hear on Tuesday,” the bench told the state government counsel.

Additional Solicitor General S.V. Raju, representing the state government, contended before the bench that a wrong impression is being created and each case against Khan has substance.

However, Justice Gavai said: “This chain will continue. As and when he is released on bail in one matter, you register a new FIR and continue to keep him behind bars.”

On May 6, the Supreme Court expressed discontent over the delay in deciding the bail application of the Samajwadi Party leader in a land grabbing case, noting that he has been granted bail in all other cases, except this matter.

“This is travesty of justice. We will not say anything more,” it said.

Counsel representing Khan submitted before the top court that the high court had reserved its verdict on the bail application. The bench noted that Khan has got bail in 86 out of 87 cases. After hearing arguments, the top court scheduled the matter for further hearing on May 11.

In December last year, the Allahabad High Court had reserved its decision on Khan’s bail plea. Later, the state government requested the high court to allow it to bring on record certain new facts and the fresh affidavits in the matter were filed last week.

In February, the top court had declined to grant interim bail to Khan for campaigning in the Uttar Pradesh elections, and asked him to move the Allahabad High Court, where his bail plea was pending.

A case was registered against Khan and others for allegedly grabbing of enemy property and misappropriation of public money of more than hundreds of crores of rupees.