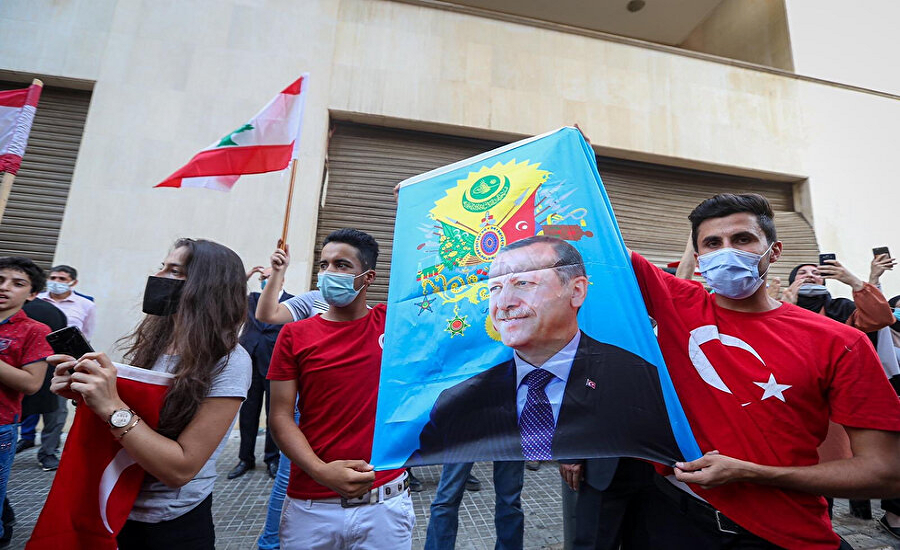 UST in case there were any doubts, Turkish Foreign Minister Mevlut Cavusoglu demonstrated with his visit to Lebanon this week that improved relations between Middle Eastern rivals would not bury hatchets.

On the contrary, improved relations shifts the battlefield away from potential armed conflict, allowing rivals to compete while enjoying the benefits of trade and economic cooperation as well as lines of communication that help prevent disputes and conflicts from spinning out of control.

With his visit, Mr. Cavusoglu was stepping into a breach. He sought to fill a vacuum after Turkey’s geopolitical and religious soft power rivals, Saudi Arabia and the United Arab Emirates, together with Bahrain and Kuwait, imposed an economic boycott on Lebanon and withdrew their ambassadors from Beirut.

A one-time middle-income country, Lebanon is teetering on the brink of collapse due to endemic corruption and an elite willing to protect its vested interests at whatever cost. As a result, the United Nations estimates that three-quarters of the population have descended into poverty.

Aggravating Lebanon’s predicament, the boycott intends to loosen the grip on the country of Hezbollah, the Iranian-backed militia and political party, which has become part of the elite. A Hezbollah protest in October, demanding the replacement of a judge investigating last year’s devastating Beirut port explosion that killed more than 200 people, descended into sectarian violence reminiscent of Lebanon’s 15-year long civil war in the 1970s and 1980s.

Mr. Cavusoglu travelled to Beirut in advance of a one-day UAE-Turkey business forum in Istanbul and a visit by UAE Crown Prince Mohammed bin Zayed, the first in 12 years. Turkish interior minister Suleyman Soylu met in Rome with his UAE counterpart, Saif bin Zayed Al Nahyan, days after the Beirut visit on the sidelines of the Mediterranean Parliamentary Assembly.

Turkey and the UAE have been at loggerheads because of Turkish allegations that the Emirates had funded a failed 2016 military attempt to topple President Recep Tayyip Erdogan and Emirati objections to Turkish support for political Islam, particularly the Muslim Brotherhood.

Turkey and the UAE have fought military and/or political proxy battles in Libya, Syria, the Eastern Mediterranean, and France, where they were on opposite sides of the divide. Moreover, Turkey supported Qatar and expanded its military presence in the Gulf state during the 3.5 year-long UAE-Saudi-led diplomatic and economic boycott of Qatar that was lifted in January.

Similarly, Egypt and Saudi Arabia have been seeking to tone down their differences with Turkey at a time of uncertainty over the United States’ security commitments in the Middle East and the need of all Middle Eastern states to focus on some combination of economic reform, diversification, and expansion as a result of the Covid-19 pandemic and the demands of climate change.

Against that backdrop, Mr. Cavusoglu travelled to Tehran a day before arriving in Beirut. In Tehran, he sought to bolster his position as a potential mediator in Lebanon, manage Turkish-Iranian tensions in the Caucasus along the Azerbaijani-Iranian border, and find some common ground in Syria where the two countries are also at odds.

“If there is anything that can be done for the issue (in Lebanon) to be resolved as soon as possible, we are ready to carry it out, ” Mr. Cavusoglu said.

Despite improving relations between Turkey, the UAE, and Saudi Arabia, it was unlikely that the Gulf states would loosen their stranglehold on Lebanon or that they would trust Turkey to be an acceptable and unbiased mediator.

At the same time, Turkey appeared to be further drawing regional battle lines not only with Saudi Arabia and the UAE but also Southeast European states as well as Russia and Iran, with which it simultaneously competes and cooperates.

It did so in a gathering in Istanbul last week of the Cooperation Council of Turkic Speaking States. The council groups Azerbaijan, Uzbekistan, Kyrgyzstan, and Kazakhstan, Turkic-speaking states in Central Asia and the Caucasus. Turkmenistan, the only other Turkic-speaking nation, and Hungary have observer status.

The Istanbul gathering restricted membership and observer status to Turkic-speaking countries. The decision bars not only other Southeast European countries from associating themselves with the council but also Iran, where Azeris, the country’s largest ethnic minority, account for 15 per cent of the population, and Russia with its Turkic minorities.

Add to all of this the diplomatic impact of last week’s arrest on espionage charges and the subsequent release of an Israeli tourist couple for taking pictures of Istanbul’s Dolmabahce Palace, one of the city’s major tourism attractions. The palace on the shores of the Bosporus served as the administrative headquarters of Ottoman sultans in the 19th century and the place of death in 1938 of Kemal Mustafa Ataturk, the founder of modern Turkey.

The couple’s release prompted the first phone call between Mr. Erdogan and top Israeli leaders in nine years, with President Isaac Herzog and Prime Minister Naftali Bennett phoning the Turkish president separately to thank him. Israel has until now cold-shouldered Turkish efforts to improve long-strained relations between the two countries.

Beyond the fact that Mr. Erdogan does not want the incident to scare off badly needed tourists at a time of severe economic crisis, it also provided an opportunity to break through to Israel and reduce the UAE’s geopolitical advantage in maintaining close ties to the Jewish state. Mr. Erdogan expects the Turkish move to be reciprocated. That is precisely what Israeli conservatives fear.

“Ankara’s accusations of ‘espionage’ and apparent threats to raise the price for the detainees show that it was using hostage diplomacy involving innocent tourists. This is how Hamas, which is backed by Ankara’s ruling party, has also behaved… Normal regimes don’t detain innocent people,” thundered Seth J. Frantzman, the right-wing Jerusalem Post’s Middle East correspondent.

previousVarun Gandhi Writes to PM on MSP and Kheri Violence