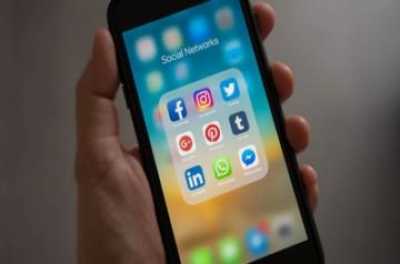 More than 85 per cent of social media and internet intermediaries feel that the harsh compliance mandates in the new IT Rules 2021 would negatively impact the ease of doing business in India, a new report showed on Monday.

New Delhi, July 4 , 2022:  More than 85 per cent of social media and internet intermediaries feel that the harsh compliance mandates in the new IT Rules 2021 would negatively impact the ease of doing business in India, a new report showed on Monday.

From the originator traceability to keeping a threshold of 5 million users to be designated as a significant social media intermediary in India, the industry stakeholders surveyed during the report expressed concerns over several portions of the Information Technology (Intermediary Guidelines & Digital Media Ethics Code) Rules, 2021, introduced by the IT Ministry in February last year.

The report, titled ‘IT Rules, 2021: A Regulatory Impact Assessment Study’, by the Internet and Mobile Association of India (IAMAI) and The Dialogue, recommended enabling a progressive intermediary liability regime, instilling procedural safeguards for assisting law enforcement agencies, and furthering a uniform and transparent content blocking regime.

On the content takedown timelines, Rajya Sabha MP Dr Amar Patnaik said during a panel discussion that “takedowns must be graded, cannot compare differing forms of harm and put them in the same (regulatory) basket”.

In the latest draft, the IT Ministry had reiterated that the resident grievance officers of a social media intermediary shall, within 24 hours, acknowledge any complaints of users related to the removal of content, suspension, blocking and removal of account of the user, redress the problem within 72 hours, and dispose of it within 15 days.

Industry stakeholders surveyed during the study expressed concerns over the infeasibility of originator traceability mandated in the IT Rules 2021, the many ramifications imposing personal liability on chief compliance officers may have, and the impact due diligence requirements will have on entry barriers and the ease of doing business.

A majority of intermediaries and cybersecurity experts said that it was technically impossible to introduce traceability on end-to-end encrypted platforms without breaking the encryption technology itself.

“Majority of the intermediaries noted that in a country like India with a population of 1.3 billion setting a threshold of 5 million users to be designated as a significant social media intermediary is quite onerous from an economic standpoint,” said the report.

While the government published the FAQs last year which was a step in the right direction, a detailed Standard Operating Procedure must be published by the government explaining the criteria for calculation of the threshold and guiding the executive’s power to mandate any intermediary to comply with the additional due diligence mandates, the report stressed.

“Majority of the intermediaries dealing with large amounts of user generated content noted that there is a need for grading the takedown orders according to the degree of harm to enable sufficient time for assessing the genuineness of the requests,” according to the findings.

In republished draft changes to IT Rules 2021, the IT Ministry (MeitY) stated that the new amendment “will not impact early stage or growth stage Indian companies or startups”.

This brings relief to home-grown platforms like Dailyhunt, ShareChat, and Koo.

The IT Ministry has sought public comments on the draft proposal in a 30-day time-frame.

The IT rules also require big social media platforms to help the government trace the originator of messages in special cases.

“The intermediary shall respect the rights accorded to citizens under the constitution,” read the draft.