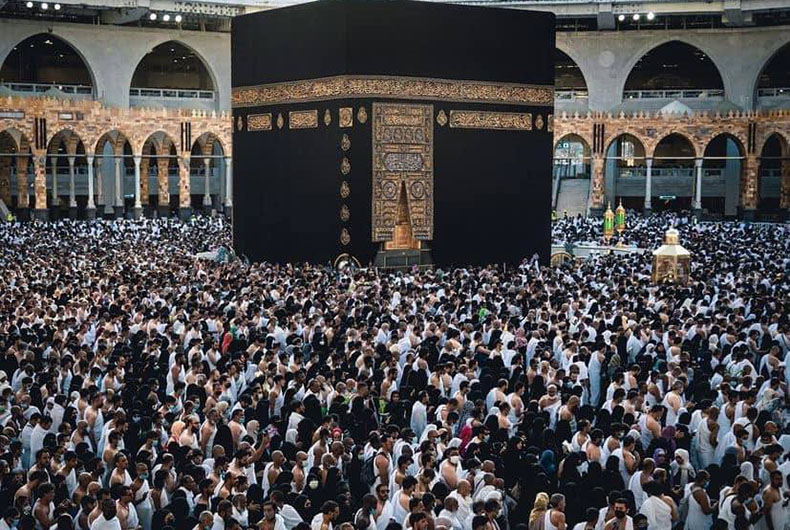 Makkah: Muslims around the world are observing Ramadan, and the spirituality associated with the Holy Month is in full display in the Two Holy Mosques in Makkah al Mukarramah and Madinah al Munawwarah.

According to the local officials, around 6.3 million Muslims from the Kingdom and other parts of the world visited Masjid Nabawi – The Prophet’s Mosque in Madinah during the first 10 days of Ramadan.

Officials also said around 2 million Muslims of all ethnicities and colour visited the Grand Mosque in Makkah – the home to Holy Holy Kaba.

Statistics released by the officials also showed that 8 million liters of Zamzam water have been distributed to visitors at the Grand Mosque in Makkah during the first ten days of Ramadan.

The 8 million litres were distributed in three million single use bottles, and through 25,000 containers dotted around the mosque, 250 back packs carried by employees, 58 smart carts with a capacity of 80 liters each, and 33 special carts each holding 100 bottles in the Mataf areas.

Local officials also said that more than 100 employees have been deployed to the various entrances of the mosque, of which 100 are in use at the moment, to welcome visitors, direct them, manage crowd flow, and support security personnel in directing people from one section to another when praying areas reach full capacity.

The mosque has also been cleaned 100 times in the first third of Ramadan by 4,000 employees. Each time it was cleaned, 1,300,00 liters of disinfectant and 25,000 liters of fragrance was used.

Umrah during the month of Ramadan was banned for the last two years due to Covid-19 Pandemic. Saudi Arabia allowed pilgrims to perform Umrah this Ramadan after the intensity of the Pandemic ceased.

Making it easier for the pilgrims to perform Umrah during Ramadan, the Kingdom revoked all Covid restrictions and also issued Umrah visa to foreign pilgrims even if they are not vaccinated.