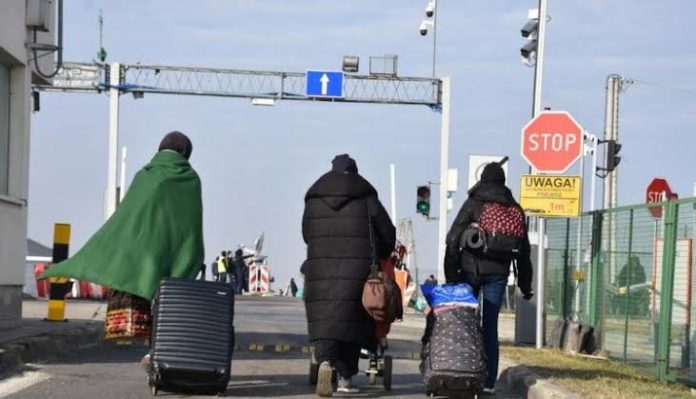 Kabul : Some 3,000 Afghans have entered Poland from Ukraine since the beginning of Russia’s war on Kiev started on February 24, Kabul’s Embassy in Warsaw said.

Embassy officials have said that in cooperation with the Polish border police, they will issue travel documents for other Afghans remaining in Ukraine after they have been identified, reports TOLO News.

“According to statistics provided by the Polish Foreign Ministry two days ago, more than 3,000 of our compatriots were able to enter Poland, and these numbers are changing because a large number of people still cross the border and return to Poland every day,” said Sayed Ismail Yousefi, an Afghan envoy in Warsaw.

According to statistics, more than 5,000 Afghan refugees were living in Ukraine, most of them young people who had gone to study in the country.

But as the conflict intensified, the families of these students in Afghanistan urged the Taliban regime to try to move them to a safe place.