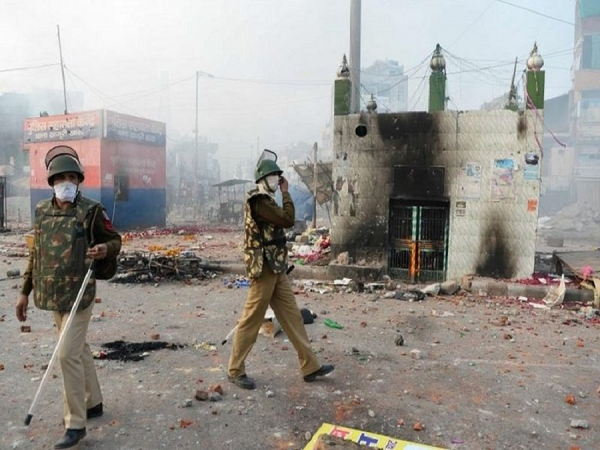 Real culprits, despite being exposed by various reports, are still free, Maulana Arshad Madani wonders while welcoming the court verdict

NEW DELHI – As many as 24 Muslims accused in cases related to February’s Delhi riots were granted bail on Saturday.

According to a press release of the Jamiat Ulama-i-Hind, they were granted bail by the Delhi High Court and a lower court. With this, a total of 30 Muslim accused have got bail through the efforts of the Jamiat. Six of them had got bail in October.

India’s national capital saw its worst Hindu-Muslim violence in seven decades in February, with two and a half days of rioting leaving at least 53 dead, many more injured and thousands affected. Majority of those killed and displaced were Muslims.

Several fact-finding reports have accused the Delhi police of either not taking action against the perpetrators of the riots or siding with them. After the riots, which many reports have described as anti-Muslim pogrom, the police, instead of taking action against the alleged perpetrators belonging to the majority community, detained a host of Muslims and implicated them in riot cases.

Justice Shrish Ket of the Delhi High Court granted conditional bail to Rehan Pardhan, Arshad Qayyum, Irshad Ahmed, Muhammad Rehan, Reyast Ali, Shah Alam, Rashid Saifi and Zubair Ahmed. Zubair was released from jail on Sunday while process for the release of others was on.

All the accused are required to furnish a personal bond of Rs.25,000. The public prosecutors vehemently opposed the bail applications of all the accused and told the court that releasing them could disrupt peace. But the court agreed with the arguments of the defence lawyers and granted bail to the 24 accused.

Advocate Zaheer-ud-Din Babar Chauhan and his assistant Advocate Dinesh appeared for the accused on behalf of Jamiat Ulama-i-Hind.

Jamiat president Maulana Arshad Madani welcomed the court verdict, saying his organisation was keen to get justice for all the innocent Muslims who have been falsely implicated in the riot cases. “Our legal struggle will continue until such people are given complete justice,” he said in a statement.

He said reports published by several credible media organisations and human rights groups like Amnesty International have uncovered the true story of the Delhi riots.

“The truth has come out that, in the name of investigation and action, the real culprits have been saved by the police, and the innocent people who did nothing in the riots have been arrested. Jamiat Ulama-i-Hind could not remain silent on this blatant injustice, so it decided to provide free legal aid to the victims and formed a regular panel of experienced professionals,” he added.

Maulana Madani said that those behind the riots had conclusively been exposed by various reports, but no effort had been made to “bring them to justice”.

Amnesty International India has alleged that the Delhi police actively played an allegedly nefarious role during the riots in parts of northeast Delhi and was complicit in the anti-Muslim pogrom. A detailed field investigation report released by the Amnesty in August documented scores of human rights violations allegedly committed by the Delhi police.

The Delhi Minorities Commission, an autonomous government body, too, made scathing remarks against the Delhi police for its role in the riots, suggesting that the “failure to prevent communal violence was not due to individual or sporadic breaches, but was a pattern of deliberate inaction over several days.”

In its fact-finding report released in July, the panel raised several questions on the role of the police. It cited instances of sexual harassment of Muslim women by the cops and also instances of police engaging in direct violence and abuse during the riots.