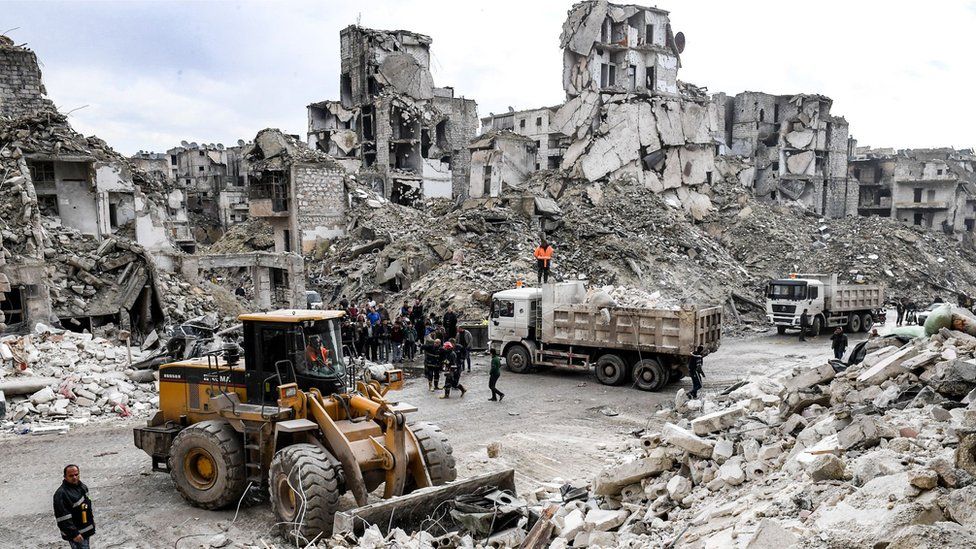 Damascus, 23 Jan 2023 : A total of 16 civilians were killed, and four others wounded when their residential building collapsed in the northern Syrian province of Aleppo.

The five-storey building, which the Interior Ministry said had housed seven families in the predominantly Kurdish neighborhood of Sheikh Maksoud, collapsed on Sunday due to a water leakage affecting its basis, SANA news agency reported.