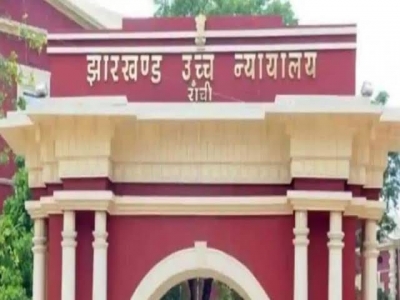 The Jharkhand High Court, referring to Muslim Personal Law, has said that Muslim girls aged 15 or above have the liberty to marry the person of their choice without any interference of their guardians.

Ranchi, Nov 30,2022: The Jharkhand High Court, referring to Muslim Personal Law, has said that Muslim girls aged 15 or above have the liberty to marry the person of their choice without any interference of their guardians.

The court said this while quashing criminal proceedings based on an FIR lodged against a Muslim youth who married a 15 year old girl of his community.

In the FIR, Mohd. Sonu, 24, a resident of Nawada in Bihar, was accused of coaxing a 15-year-old Muslim girl of Jugsalai in Jamshedpur’s Jharkhand, to marry him.

Sonu challenged the criminal proceedings based on the FIR — filed by the girl’s father, and approached the Jharkhand High Court with a quash petition.

However, during the hearing, the girl’s father submitted that he was not opposed to the marriage. Thanking Allah “for arranging a suitable match” for his daughter, the man said he filed an FIR against Sonu “due to some misunderstanding”.

In fact, the lawyer representing the girl’s family also told the court that both the families have accepted the marriage.

After hearing both the parties, Justice Dwivedi ordered cancelling the FIR and criminal proceedings against Sonu.

The High Court in its verdict, made available on Wednesday, said matters related to marriage of Muslim girls are governed by the Muslim Personal Law Board, adding in context of this particular case that the girl is 15 years old, and she is free to marry the person of her choice.